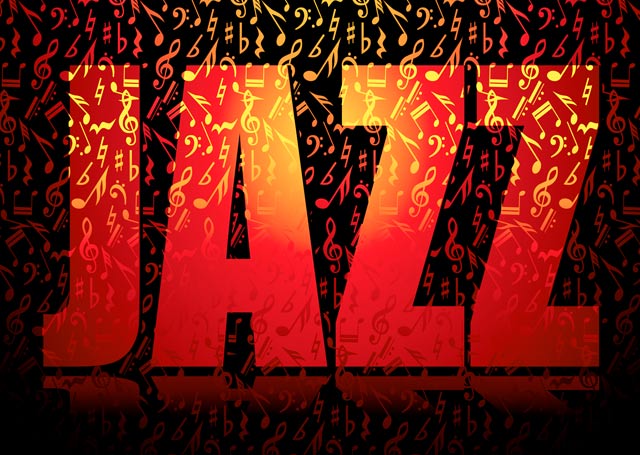 The Adrienne Arsht Center for the Performing Arts of Miami-Dade County and Larry Rosen, together with presenting sponsor TotalBank, present the Fifth Anniversary Season of the acclaimed Jazz Roots Series, which originated at the Arsht Center and is now presented in five U.S. cities.

The extraordinary 2012-13 season begins in November 2012 and runs through April 2013 in the John S. and James L. Knight Concert Hall, showcasing six unique programs featuring the most influential artists on the jazz scene today, as well as rising stars. This season’s program explores the spectrum of jazz – from timeless classics and Cubop to jazz-funk and modern jazz – highlighting the greatest moments in the evolution of this beloved American musical genre.

The Jazz Roots Series has truly embraced the Miami arts and education community by creating artistic collaborations with the University of Miami Frost School of Music, Florida International University School of Music, and YoungArts, the core program of the National Foundation for the Advancement in the Arts. As part of the Center’s mission to present local artists, the series has also featured some of Miami’s top jazz artists on the scene today.

The concert line up for the Fifth Anniversary Jazz Roots 2012-2013 six-concert season is as follows:

The Jazz Roots season kicks off with a spectacular celebration honoring the career of the legendary singer, pianist, and trio leader Nat “King” Cole. An American icon, Cole’s unique voice, a mixture of “velvet and smoke” and his perfect phrasing carried by superb diction took him from the realm of jazz, where he was a big name and box office attraction, to the status of pop star and celebrated entertainer. This one-night-only tribute program features one of the greatest vocal stylists and guitarists of our time, George Benson, backed by his band and the University of Miami’s stellar Henry Mancini Institute Orchestra, who will bring to life the lush orchestral arrangements and fathomless beauty of the music Cole made popular around the world. The evening will recapture the magic of the glorious chapter in music history created by Nat “King” Cole, and include such signature tunes as “Mona Lisa,” “Route 66,” and “Unforgettable,” interpreted by Mr. Benson. The concert will also include many of the songs from Cole’s classic albums as well as rarely-performed songs associated with Mr. Cole interpreted by his younger brother Freddy Cole – an international jazz favorite. He will open the program delivering a music sophistication all his own.

This evening features a crowd-pleasing program dedicated to the irresistible funky grooves of the jazz-funk genre, and places the spotlight on the beloved saxophone. Headlining the concert is legendary saxophone master and consummate showman Maceo Parker. Since he climbed on board the James Brown funky soul train, Maceo Parker has become recognized as one of the early pioneers of the modern funk and hip-hop we know today. More recently, he has been enjoying a phenomenal solo career and building a new funk empire that is fresh and stylistically diverse as he navigates deftly between James Brown’s 1960s soul and George Clinton’s 1970s funk while exploring jazz and hip-hop. Also helping to define her own brand of jazz is the Grammy nominated genre-crossing saxophonist Candy Dulfer, whose solo debut album Saxuality sold more than a million copies worldwide. The globetrotting Dulfer has performed with such notable artists as Maceo Parker, Aretha Franklin, Marcus Miller, and Chaka Khan, as well as her own band, Funky Stuff. DULFER was brought into the limelight by Prince, who introduced her to the world at the age of 19 via his video for “Partyman.” In 2004, she joined Prince for the massive Musicology Tour, playing over 90 shows in sell-out arenas across the USA. Her most recent recording, Crazy, was released in 2011.

The legendary vocal innovator and 10-time Grammy winner Bobby McFerrin, the legendary pianist Chick Corea, acclaimed American bass-baritone and 1988 YoungArts alumnus Eric Owens, multi-Grammy and Academy Award-winning composer/arranger and pianist Dave Grusin, and a distinguished roster of Award-winning jazz and classical musicians, as well as emerging artists and rising stars, will come together for an unprecedented one-night-only concert at the Arsht Center. An historic collaboration between the Adrienne Arsht Center, the University of Miami Frost School of Music, and YoungArts, the concert will be co-produced and directed by Larry Rosen, with Shelly Berg, Dean of the University of Miami’s Frost School of Music, as Music Director and special guest pianist. This extraordinary music event will mark the first time that these three major Miami-based arts and educational institutions will join forces to present an integrated program. The concert is also one of the special events during YoungArts Week 2013 when the nation’s top young artists in the visual, literary, and performing arts will perform and exhibit their works in Miami. The program will showcase world-class jazz and classical superstars, including McFerrin, Corea, Owens, Grusin, and genre-crossing violin virtuoso MARK O’Connor, as well as the University of Miami’s   Henry Mancini Institute Orchestra, featuring Grammy-winning trumpeter, film composer, 1981 YoungArts alumnus, and Artistic Director of the Henry Mancini Institute Terence Blanchard, along with YoungArts all-star alumni, including Broadway veteran and former Alvin Ailey dancer Desmond Richardson and classical piano virtuoso Elizabeth Roe. The evening will feature today’s pre-eminent   musicians performing classical music’s most memorable themes performed in a mix of orchestral stylings and jazz improvisations, and culminate in an explosive grand finale.

In celebration of Black History Month, Jazz Roots honors the legacy of two of the most influential musicians in the history of jazz  – Thelonious Monk and John Coltrane. This special concert will be headlined by T.S. Monk, critically acclaimed drummer and son of icon Thelonious Monk. Dedicated to keeping the musical legacy of his father alive, T.S. Monk founded the Thelonious Monk Institute of Jazz, building it to one of the pre-eminent musical education institutions in the world. In honor of his father’s 80th birthday, he recorded a tribute album, Monk on Monk, which received Downbeat magazine’s Album of the Year Reader’s Choice Award. Monk will be joined on stage by the supreme musicianship and improvisatory skills of the quintessential jazz vocalists Kevin Mahogany and Nnenn
a Freelon. The program will also showcase the high-energy quartet of two-time Grammy Award-winning tenor saxophonist Ernie Watts, who counts Coltrane as one of his major musical influences.

The musical collaboration between bebop innovator Dizzy Gillespie – who became “the godfather of Latin jazz in the U.S.” – and the great Cuban conguero Chano Pozo will be celebrated on this program that showcases the groundbreaking body of work that these legendary artists created, pushing the boundaries to bring Afro-Cuban jazz into the jazz mainstream. The newly formed Cubop sound fused African-based rhythms with the post-modernist bebop, and together Gillespie and Pozo produced some of the most enduring Afro-Cuban jazz standards, such as the hit songs “Manteca,” “Tin Tin Deo,” and “Cubana Be, Cubana Bop.” Despite a short stint as percussionist in Gillespie’s band, Pozo’s influence was reflected in the bandleader’s playing and compositions for decades. The renowned Cuban multi-instrumentalist and jazz ambassador Paquito D’Rivera will headline the concert, joined by Dizzy Gillespie protégé and trumpeter extraordinaire Jon Faddis. Also sharing the bill is the esteemed percussionist Giovanni Hidalgo – a former member of Gillespie’s United Nations Orchestra –, vibraphone virtuoso Dave Samuels, and the FIU Jazz Big Band. A six-member dance ensemble, comprised of local students from the Arsht Center’s AileyCamp Miami 2012, will open the show with a thrilling dance display set to the mesmerizing rhythms of African drumming to emphasize the connection between the drums that came from Africa to Cuba and how they are part of the DNA of the music of the Americas.

In celebration of Jazz Appreciation Month, the final concert of the season will feature two of the most in-demand, emerging jazz pianists today and highlight how these young artists are redefining this ever-evolving art form. Hiromi: The Trio Project will offer audiences a spectacular performance, led by Japanese-born pianist who has fused jazz, progressive rock, and classical music into a unique personal style. Winner of Swing Journal’s New Star Award and Pianist of the Year Award, she is widely acclaimed for her virtuosic technique and energetic live performances. HIROMI’s first big break came at the age of 17 when a chance meeting with Chick Corea led to a performance with the well-known pianist the very next day. A few years later, she enrolled at Boston’s distinguished Berklee College of Music where she was mentored by Ahmad Jamal. “She is nothing short of amazing,” says Jamal. Since then, she has been touring the world and performing to sold-out audiences. Sharing the bill with HIROMI is Grammy-nominated Gerald Clayton who, despite his young age, has already performed extensively with numerous leading jazz musicians, including Kenny Barron, Roy Hargrove, Lewis Nash, Mulgrew Miller, and Clark Terry, to name several. In 2002, Clayton was recognized as a national YoungArts winner and was named a U.S. Presidential Scholar in the Arts, in addition to receiving a scholarship award from the Music for Youth Foundation. Four years later, he received Second Place in the Thelonious Monk Institute of Jazz Piano Competition. In 2008, Downbeat magazine’s Reader’s Poll named him one of the top up-and-coming pianists to watch.

As part of the Jazz Roots Series Fifth Anniversary season, during Art Basel Miami Beach 2012, the Arsht Center is hosting a solo photo retrospective by Miami-based international contemporary and fashion photographer Daniel Azoulay focusing on the jazz masters and world-class ensembles that have been part of the Jazz Roots Series since its inception in 2008. These pictures will also be part of a coffee table book of live performance and intimate backstage photos by Azoulay, commemorating the Fifth Anniversary Jazz Roots season. Entitled Jazz Masters, the book will be published to coincide with the Arsht Center exhibit in December 2012.

Visit www.arshtcenter.org for up-to-date information for details and schedules. See highlights and video for the Jazz Roots Series at www.jazzroots.net.