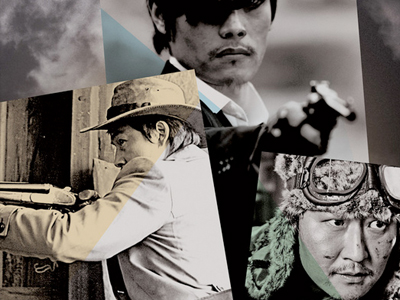 A product of the South Korean New Wave. Based on The Good, The Bad and the Ugly, the film is set in the 1930s Manchurian desert where lawlessness rules and many different ethnic groups clash, and three Korean men fatefully meet each other on a train.

The train’s diverse passengers and imminent danger with guns and knives everywhere serves as a microcosm of the turbulent times. A bounty hunter tracks down any criminals with rewards on their heads. A group leader is tough-as-nails and cannot stand to be the second best. A train robber has nine lives. The three strangers engage in a chase across Manchuria to take possession of a map. Also on the hunt for the mysterious map are the Japanese army and Asian bandits. In this unpredictable, escalating battle for the map, who will stand in the end as the winner.