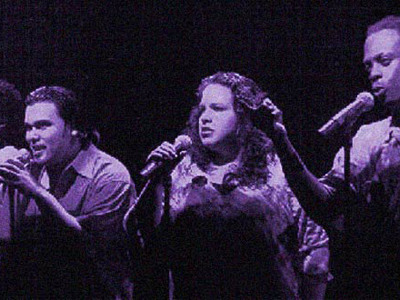 Universes is an ensemble of multi-disciplined writers and performers who fuse poetry, theater, jazz, hip-hop, politics, down home blues and Spanish boleros to create moving, challenging and entertaining theatrical works. The group breaks the bounds of traditional theater to create their own brand of performance, inviting old and new generations of theater-makers as well as theater-goers and new comers to reshape the face of American theater.

Live From the Edge is an evening that showcases the ensemble’s special brand of fusion theater and that tracks the evolution of their poetic language from childhood rhymes and community rituals, to poetry and theater, hip-hop and gospel. Redefining what theater is and who it speaks to, Live From the Edge is a unique performance event that turns the poem into a communal act.