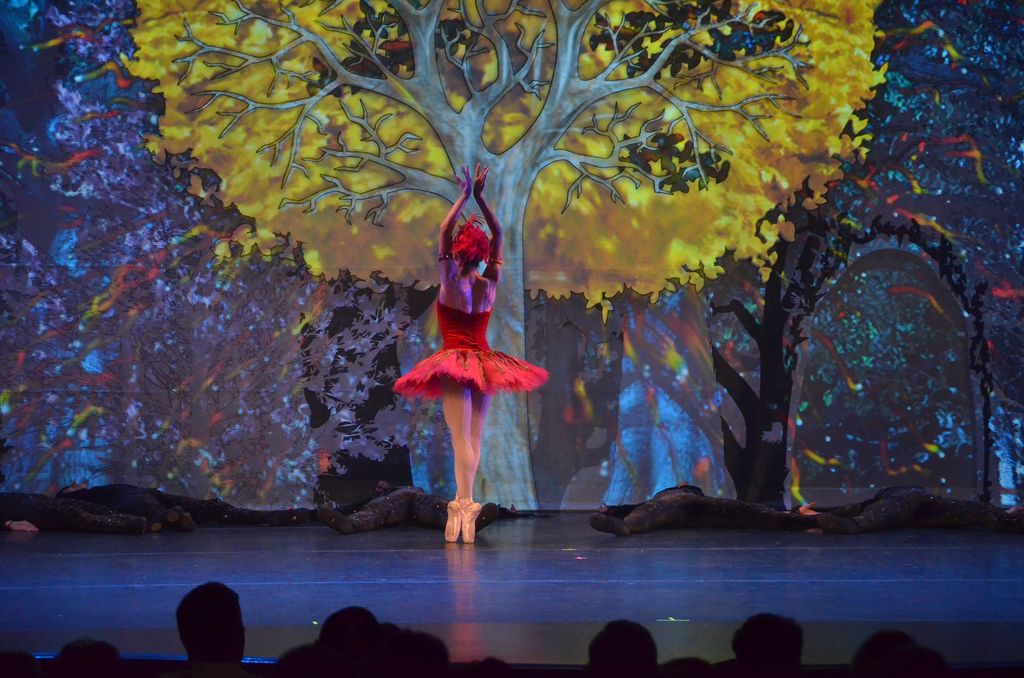 South Florida continues to mature as an area brimming with the fine arts. At any time, locals and visitors alike have a rich menu of choices available to them, reflecting the unique mix of different backgrounds and talents that calls this area home. The Miami International Film Festival, Miami Book Fair International and Art Basel Miami Beach are renowned and anticipated on a global basis, but are nurtured by their South Florida origins.

Miami boasts one of the finest ballet companies in the States – Miami City Ballet – and several other highly regarded companies, in addition to ballet schools galore. Arts Ballet Theatre of Florida, which is lead by its founder, the distinguished Ballet Master Vladimir Issaev, who is also the troupe’s Choreographer and Artistic Director, continues its tradition of performing classical and contemporary dance. Founded in 1997, this engaging company, which is located in North Miami Beach, offers programs that run the gamut from the classical repertoire to modern dance, and from adult fare aimed at ballet connoisseurs to comedic offerings for children.

Currently, Arts Ballet Theatre of Florida has a roster of 12 dancers in its professional corps, four apprentices and one student in its trainee program. Even though these dancers hail from all over the globe – South America, Japan and the United States are highly represented – all are rehearsed by Issaev in the Classical Russian style as defined by the Vaganova Method.

Russia-born-and-trained Agrippina Vaganova (1879-1951), a ballerina turned instructor, appropriated specific elements from other ballet schools in order to distill and elevate the old Imperial Russian classical style. She infused Russian technique with the precision and romance that anchor the traditional French style and the athleticism and energy of the Italian school (with its focus on intricate footwork). Vaganova’s Syllabus is her method of training dance students. It’s popular here in the United States and elsewhere and is taught to rigorous perfection by Issaev at his school, Vladimir Issaev’s School of Classical Ballet, in North Miami Beach. His teaching method is so highly regarded that Issaev has been recognized throughout his career with numerous international honors and appointments.

Issaev was trained in Classical Russian technique, but broadened his education greatly when he emigrated from Russia to Caracas, Venezuela, in 1987. There he worked with the National Ballet of Caracas, where he met Vicente Nebrada (1930-2002), the gifted dancer and choreographer who was the National Ballet’s Artistic Director. Issaev was immediately taken with Nebrada’s ideas, complimenting his work for its “neoclassical sensuality.” They entered into an artistic partnership that lasted more than 10 years, combining Issaev’s classical training and discipline with Nebrada’s fresh, liberating rhythms. An Arts Ballet Theatre of Florida favorite, Nebrada’s Pentimento, is back on the program for the 2014-2015 season. “Pentimento” is an Italian word meaning repentance or remorse; it describes the reappearance in an oil painting of the elements of a first work beneath the layers of a later work. In Pentimento, this change of heart is embraced by the dancers, who change costumes as the abstract dance itself shifts perspective.

Another Arts Ballet Theatre of Florida piece that takes its inspiration from painting is A Celebration to Gustav Klimt, a neoclassical paean to the Austrian Symbolist painter. Issaev choreographed the dance and combined it with digital art: He worked with Ukraine-born visual artist Elena Bond in creating new costumes that brought Klimt’s masterpieces to life.

Arts Ballet Theatre of Florida also reaches back into the classical repertoire when it offers The Nutcracker, which was originally choreographed by Marius Petipa and Lev Ivanov to a score by Tchaikovsky. Issaev retained the score, but revised the ballet with his own choreography and direction. This Christmas tradition is a huge and glorious undertaking: In past seasons, the dancers and actors onstage swelled to 140 in number for certain scenes.

But it takes money to keep such expensive projects going. Issaev prefers to mount entire productions instead of simply excerpts and is keen to present ballets an entire family can enjoy. As with other dance companies – indeed most arts organizations – the finances remain a challenge. While he was leading Miami City Ballet, then-Artistic Director Edward Villella bemoaned fundraising as an ongoing concern, and Issaev echoes Villella’s angst. One of the biggest changes in his company that he’s seen over the years, he says, is the fact that he can finally award himself a salary. He goes on to mention that at one point, he was reusing his own costumes from his old performances in order to reduce costs. Community aid, however, is available: A number of local organizations that support the arts have stepped up to help. Such is the popularity of Arts Ballet Theatre of Florida that it also receives aid on the state and national levels.

Education is an additional interest for Issaev and his company. To make sure that classical ballet is experienced by as many people as possible, the Arts Ballet Theatre of Florida has put in place several educational-outreach programs.

“We go to public schools and perform excerpts from programs,” says Issaev, who explains that students get a chance to experience both dance and music in performance. It’s entertaining and educational: Students can speak with the dancers afterward and participate in some exercises on their own. Issaev says this gives him the opportunity to encourage those youngsters one-on-one who show budding interest and talent. 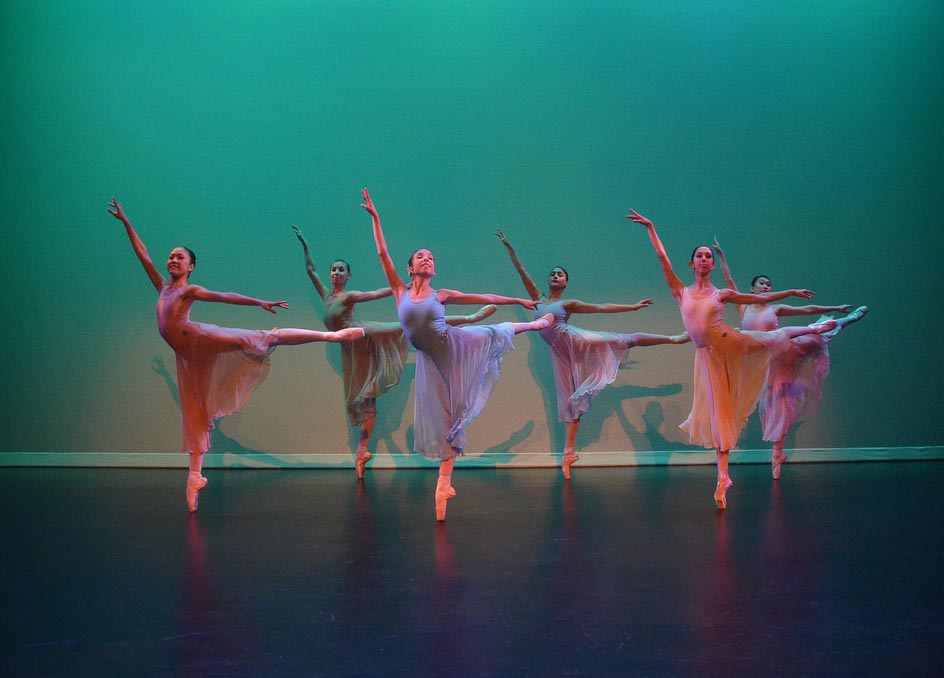 During this past summer, Arts Ballet Theatre of Florida also offered two Summer Intensive Programs: One was open to serious students and the other to ballet teachers. Again, the emphasis was on teaching Classical Russian ballet technique in preparation for a professional career or for strengthening a teacher’s knowledge.

As demand for performances has grown, the company has increased the number of venues and cities in which it performs. Once working solely in Miami-Dade, the troupe also performs now in Broward and Palm Beach counties. International tours have received raves throughout Europe and in Mexico. For the 2014-2015 season, the Arts Ballet Theatre of Florida will perform at Broward Center for the Performing Arts, the Fillmore Miami Beach at the Jackie Gleason Theater, Parker Playhouse and Aventura Arts & Cultural Center.

Issaev says he is proud of the program that will be offered starting in October, which will be the company’s 17th season. Beginning the program is “A Tribute to Sergei Diaghilev,” which encompasses The Rite of Spring, Le Spectre de la Rose and Petrouchka. Issaev’s version of The Nutcracker will be offered in time for Christmas. The popular Fairy Doll by Josef Bayer will be revived next year and the season will close with the time-honored Spring Ballet Gala, when Pentimento and Shostakovich Suites will be performed.

With all that South Florida offers by way of beaches and the ocean, or shopping and dining, Issaev has a clear answer as to why one should put aside time to see his ballets – or any ballets for that matter.

“It makes us better people,” he said.

Retrospectrum is the most expansive and in-depth exhibition of Bob Dylan’s artwork ever staged in the United States. Spanning six decades, Retrospectrum features over 180 paintings, drawings, ironwork, and ephemera, showcasing the development and range of Dylan’s visual practice, in tandem with that of his musical and literary canon.  The show spans some 60 years of Dylan’s career and includes what an exhibition … +