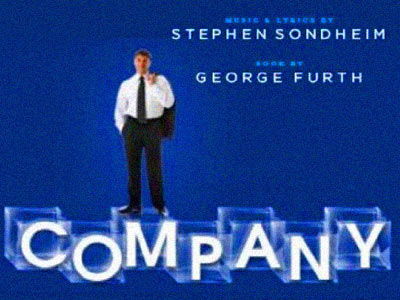 Company celebrates the heartbreaking agonies and humorous ecstasies of living single in New York. Five married couples, three single women, and one charming but conflicted 35-year-old bachelor confront commitment, romance, friendship and sex, all with a good measure of laughter and tears. Kevin Coughlin returns to Boca Raton Theatre Guild to direct Company. Coughlin has previously directed She Loves Me and Squabbles for the Guild. He has directed plays and musicals on off-Broadway and has also worked as music director and vocal arranger on over seventy productions.