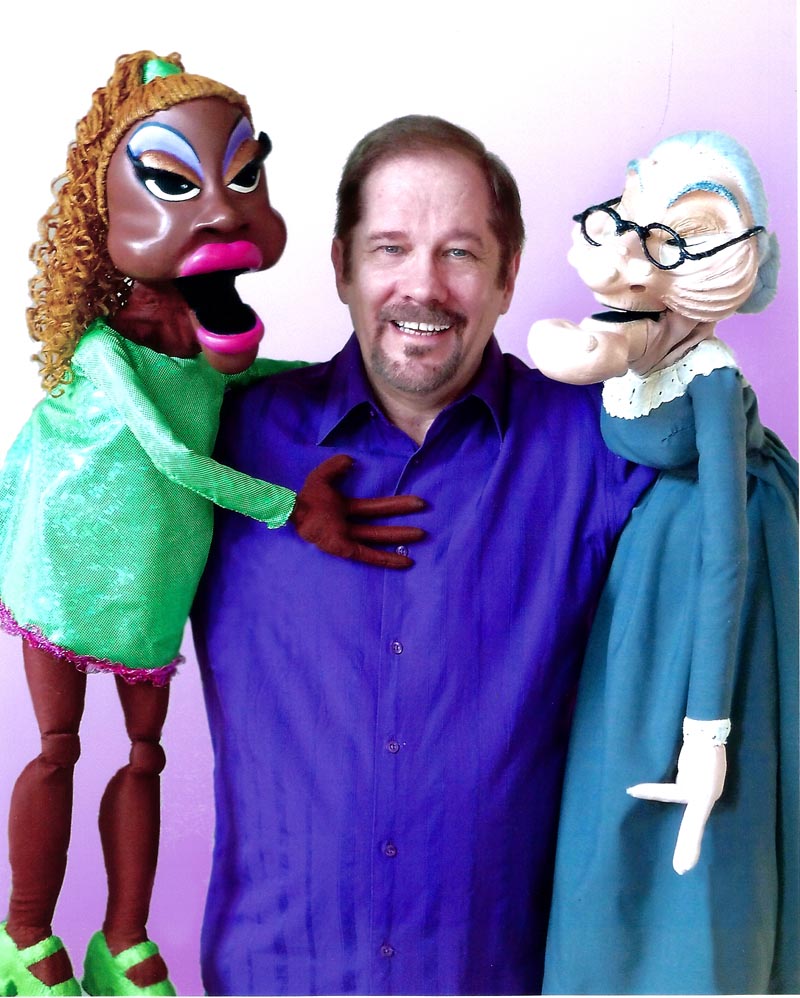 This “recommended for adults” show starring Las Vegas comedian Jerry Halliday will present a world-class puppet designer where his living and breathing characters don’t just say funny things, they are naturally funny, and quite often risqué. Jerry is so accomplished at manipulating his puppets that he virtually disappears while his characters become absolutely alive as they command the full attention of his mesmerized spectators.

Halliday has performed in big name casino hotels as the Rio, The Riviera, Bally’s, Resorts, and Harrah’s in Las Vegas, Reno and Atlantic City, as well as comedy clubs, theaters, and luxury cruise ships.