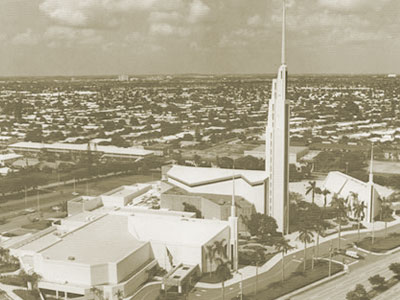 The 2009-2010 Concert Series of Coral Ridge Presbyterian Church in Fort Lauderdale will include eight concert performances in its 38th season called “A Musical Celebration.”  The Coral Ridge Concert Choir, Soloists, and Orchestra will mark the beginning of the concert and Christmas season by presenting the beloved oratorio, Handel’s Messiah on December 4th, followed by the Many Moods of Christmas concert on December 18th and 19th, featuring a live nativity.

The annual Church Music Explosion will feature Concert Organist, Paul Jacobs, January 4th, and a Gala Concert, January 8th, with noted English choral conductor and composer Jonathan Willcocks. The Gala Concert will also feature duo-pianists, Nielson and Young. “A Night at the Movies” Pops Concert, January 29th, will feature a great evening of music from Beauty and the Beast, Indiana Jones, Star Wars, E.T., Superman and favorites as Be My Love conducted by Dr. John Wilson and performed by the Concert Choir, Soloists, and orchestra.

To celebrate our country’s heritage of freedom, the Concert Choir and The King’s Brass will present traditional choral and orchestra favorites in our ever popular Patriotic Concert on February 19th and 20th. The Patriotic Concert was awarded the 2007 George Washington Honor Medal by the Freedom Foundation. The Concert Choir, Soloists and Orchestra present one of the greatest choral works of all times – Mendelssohn’s Elijah on March 20th. Dean Peterson will portray the part of Elijah. To finish the season, Samuel Metzger, senior organist at Coral Ridge, will present his annual free solo organ concert on March 26th.

Celebrate the holidays with Latin music icon Oscar D’León! A Venezuelan musician who achieved international acclaim for his salsa music, his most famous song is perhaps “Llorarás,” which he recorded in 1975 with his group … +