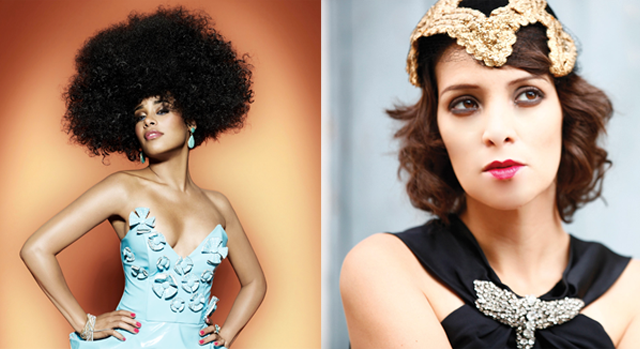 The festival’s Music of the Americas series heats up with steel pan virtuoso LEON FOSTER THOMAS, as he brings his unique Caribbean, jazz and Latin musical fusion to the festival stage. Originally from Trinidad and now based in Florida, Thomas blends the music of his Caribbean roots with the music of North and South America in a lively meld all his own. A drummer, percussionist, composer and arranger with nine CDs to his credit, this colorful artist shines with first-rate programming, phenomenal musicianship and warm stage presence. He is joined onstage by superb jazz musicians MARTIN BEJERANO piano, MIKE PIOLET, drums, and KURT HENGSTEBECK, bass.

The vibe continues to sizzle into the weekend on October 18, with a fiery Latin-Brazilian fusion that pairs multi-percussionist and two-time Grammy Award nominee SAMMY FIGUEROA with captivating and charismatic São Paulo-based singer GLAUCIA NASSER. Figueroa is a superb conga artist who has performed with everyone from Miles Davis to Mariah Carey; together their tasteful renditions of Brazilian songs and originals are intoxicating, playful, and free. This Festival Miami exclusive showcases the electricity of two extraordinary artists as they combine for a night of exceptional invention highlighting Latin Jazz rhythms and sounds.

The following week on November 1, meet FANTINE—a sensational singer fluent in Spanish, Russian, English and French and a unique talent with a musical style that reflects her cultural diversity. A fusion of indie, dance and electro soul, with a "swampy yet sultry" voice, she debuts her new album I Am Fantine produced by Emilio Estefan.

Festival Miami’s Music of the America series closes out with Latin flair as Guatemalan singer-songwriter GABY MORENO, recipient of the 2013 Latin Grammy Award for Best New Artist, lights up the stage with hit songs in both Spanish and English on November 6. Her latest album Postales is hugely popular, and her YouTube video of "Fuiste Tú" with Latin legend Ricardo Arjona has over 100 million views.