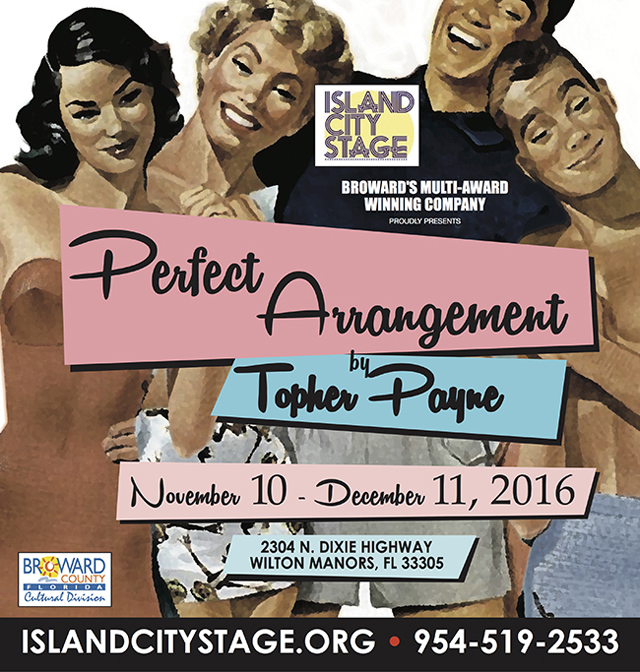 It’s 1950 and new colors are being added to the Red Scare. Two U.S. State Department employees, Bob and Norma, have been tasked with identifying sexual deviants within their ranks. The twist: Both Bob and Norma are gay, and have married each other’s partners as a carefully constructed cover. Inspired by the true story of the earliest stirrings of the American gay rights movement, madcap “I Love Lucy” sitcom-style laughs give way to provocative drama as two “All-American” couples are forced to stare down the closet door, confronting the very struggles facing society today.

“Perfect Arrangement” previews on Nov. 10, with a special donor opening on the 11th and Carbonell and Press opening on Nov. 12th. It runs through Dec. 11 with performances on Thursdays, Fridays and Saturdays at 8pm and Sundays at 5pm at our home at 2304 N. Dixie Highway in Wilton Manors. Tickets can be ordered online at www.islandcitystage.org or by calling 954-519-2533