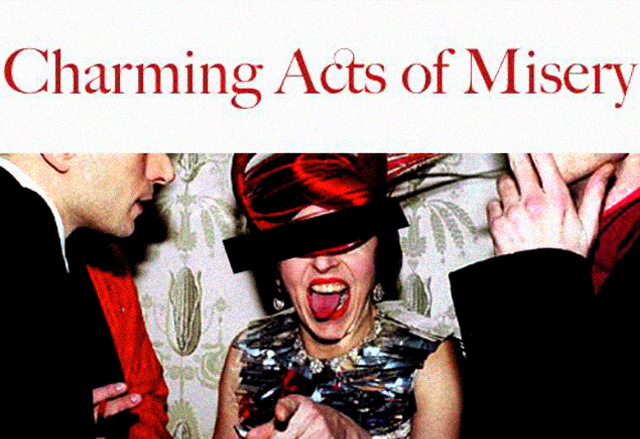 For the third time, and yes it’s the charm, Miami’s own Mad Cat Theatre Company will open the South Beach Comedy Festival! This time the troupe is back with an eccentric cast of characters in Charming Acts of Misery, a new comedy written by company member Jessica Farr and directed by Mad Cat’s founder and Artistic Director, Paul Tei.

Charming Acts of Misery follows the ups and downs of fashion muse Isabella Blow, known to most for her brazen individual style and for discovering Alexander McQueen. Spanning several decades, this whirligig ride into Isabella’s life traverses both the fashion scene and the underpinnings of its central character’s psyche. We follow Ms. Blow through the jungles of Sri Lanka, New York City and London until the lines between her public and private life become intensely blurred, when six suicide attempts are no longer chic. Put a hat on it.

Tickets are on sale now and proceeds benefit Mad Cat! Advance Tickets are $25 General Admission and $45 VIP (all with applicable service and handling charges) may be purchased online at www.madcattheatre.org, www.southbeachcomedyfestival.com, www.livenation.com, all TicketMaster outlets or charge by phone: 1.800.745.3000. Day of Show Tickets purchased at the Fillmore Box Office $30 General Admission, $50 VIP and $20 Student w/valid ID. Visit www.madcattheatre.org and www.southbeachcomedyfestival.com for all information, details and schedules of other performers during the South Beach Comedy Festival.