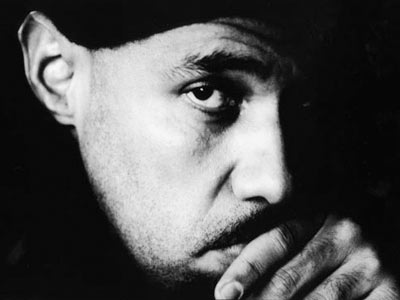 New World School of the Arts (NWSA) will kick-off the second year of its lecture series, Make Art Work, with award-winning playwright and director Nilo Cruz. A Cuban-American, Mr. Cruz received the 2003 Pulitzer Prize for Drama for his play Anna in the Tropics. Cruz is the first Hispanic to receive this honor. The lecture takes place Wednesday, October 14, 1:15 p.m. through 2:15 p.m. in the NWSA Louise O. Gerrits Theater.

During his talk, Exploring the Imagination and Possibilities in the Theatre, Cruz will share his process of dramatization and character development through the art of playwriting. Students will have an opportunity for dialogue with Cruz in a question and answer session following the lecture.

Born in Matanzas, Cuba, Cruz came to Miami as a child.  He studied at Miami Dade College before receiving an MFA from Brown University in 1994. Cruz has been the recipient of numerous awards and fellowships, including two NEA/TCG, National Theatre Artist Residency grants, a Rockefeller Foundation grant, San Francisco’s W. Alton Jones award and a Kennedy Center Fund for New American Plays award. Cruz is an alumnus of New Dramatists, has taught playwriting at Brown University, the University of Iowa and at Yale University. He presently lives in New York City.

Beginning its second year, Make Art Work is designed to bring professionals in the art world together with students and the community for a dialogue on the business of art. The series will focus on providing tools, guidance and strategies for success to the next generation of artists and will expand understanding of what it takes to live as an artist in the twenty-first century. Each talk will include a question and answer session, allowing students and the public opportunities for direct communication with leaders in the art world.