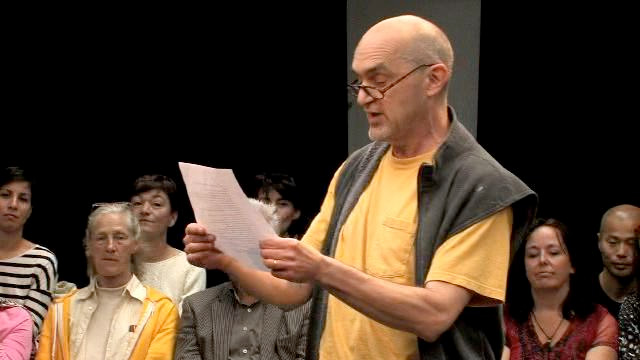 Tai Chi: The Perfect Exercise is an introduction to, and argument for, the relevance of tai chi in the modern world. Written with a novelist’s voice and augmented by fine-art, black-and-white photographs and clear instructional diagrams, the book introduces this ancient, Taoist practice enjoyed by millions worldwide as a curative, longevity practice, a spiritual path, a way to combat stress, and a practical martial art.

Arthur Rosenfeld began his formal martial arts training in 1980 and has studied deeply in China and the United States. A Yale graduate, he has his needle in the vein of Chinese tai chi grandmasters, and is dedicated to personal transformation and social change through the application of tai chi practice and Taoist philosophy. In 2012 he was ordained a Taoist monk at the Chun Yang (Pure Yang) Taoist Temple in Guangzhou, the first Westerner to be so honored. He hosts the hit (56MM households tune in) national public television show Longevity Tai Chi with Arthur Rosenfeld.

Rosenfeld blogs on The Huffington Post, and his offerings also appear in Vogue, Vanity Fair, Parade, Newsweek Ebony, The Wall Street Journal, Fox Business News, and numerous other websites and newspapers nationwide. He was named Tai Chi Master of The Year at the World Congress on Qigong and Traditional Chinese Medicine in 2011, and received the Action On Film Festival’s Maverick award (previous recipients include David Carradine, John Savage, and Talia Shire) in August 2012.

In 2010, Rosenfeld produced and hosted a documentary series on the scientific evidence for acupuncture, tai chi, and meditation. Funded by the pharmaceutical industry, tens of thousands of copies of these films have been distributed to major medical centers, professional healthcare organizations, group medical practices, patient advocacy associations and more. In 2012 he produced a follow-up instructional series.

Rosenfeld has penned 12 critically acclaimed books, some of which have sold bestseller numbers and been optioned to Hollywood. Along with the Dalai Lama, he was a finalist for the prestigious Books for a Better Life award for his bestseller The Truth About Chronic Pain (New York: Basic Books, 2003), and his prize-winning novels have recently focused on Chinese philosophy and martial arts action. Most recently he authored Tai Chi – The Perfect Exercise (Da Capo Press, June 2013). He is currently at work on a novel about the Chinese sage, Lao Tzu. He holds group and corporate workshops around the country and destination retreats around the world, as well as teaching beginning and advanced martial arts students locally in South Florida.

After a car accident Jarred discovers he’ll never walk again. Confined to a ‘giant roller-skate’, he finds himself with neither money nor job. Worse still, he’s forced to live back home with the father he hasn’t spoken to in ten years. Add in a shoplifting habit, an addiction to painkillers and the fact that total strangers now treat him like he’s an … +