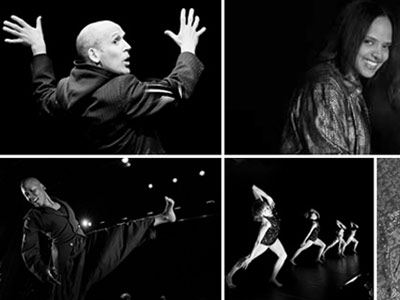 After 20 successful seasons, Miami Dade College’s (MDC) premier performing arts series, Cultura del Lobo, has changed its name to MDC Live! Performing Arts Series. When the series was inaugurated in 1991, it was limited to the Wolfson Campus (hence the name – a Spanish twist on Wolfson – “Lobo”) and served as a platform for progressive, mostly Latin American and Caribbean artists.

Since its inception, the Series has served as a springboard for some of the most stellar performers, such as Esperanza Spalding, who won the 2011 Grammy for Best New Artist, Inbal Pinto & Avshalom Pollak Dance Company, and the Grammy-winning Spanish Harlem Orchestra, among many others. But the Series is no longer limited to Wolfson Campus nor exclusively to Latin American and Caribbean artists, now shining the spotlight across the world.

For this important 21st season, celebrating its expanded outreach and under the new name of MDC Live! Performing Arts Series, the new programming reflects the broader, more global spectrum of audiences in South Florida. It will encompass, among others, theater from Ireland, dance from Africa and Jazz from the USA.

The name is different, but the mission remains the same: to bring to the stage some of the world’s most unique and talented performing artists.

Conor Lovett in Samuel Beckett’s First Love
Friday & Saturday, October 14 – 15, at 8 p.m. MDC Wolfson Campus Auditorium 300 N.E. Second Ave., Building 1, second floor Tickets: $10-$30
Regarded as the greatest living Beckett interpreter, Conor Lovett’s one-man performance of First Love has mesmerized audiences around the world. One of Samuel Beckett’s early novellas, First Love contains much of his distinctive black humor and a plot that is regarded as a masterpiece of the author’s perversity. A young man, expelled from the family home upon the death of his father, takes refuge on a bench by a canal. There he meets a woman who takes him home with comically disastrous consequences.

Sofia Rei Koutsovitis
Friday, November 11, at 8 p.m. The Colony Theater, 1040 Lincoln Road, Miami Beach Tickets: $10-$30
Originally from Buenos Aires, Argentina, Kousovitis’ work is grounded in traditional South American rhythms such as chacarera, zamba and vidala from Argentina, Afro-Peruvian festejo and lando, Afro- Uruguayan candombe, Colombian cumbia and bullerengue and other genres that merge involving jazz harmonies, electronic sounds and rich improvisations. Singing in Spanish, Portuguese or English, Sofia’s voice is as graceful as it is sophisticated, tying together diverse influences in a program full of rhythmic complexity, melody and romance. Her ensemble produces a range of textures as diverse as the cultural roots of its members, an international cast that includes some of the most exciting young talent from North and South America.

Nora Chipaumire Black Swan & Chimurenga
Friday & Saturday, January 20 – 21, 2012, at 8 p.m. The Light Box at Golden Warehouse Tickets: $15-$20
Presented in collaboration with Miami Light Project, this performance will showcase Nora Chipaumire’s visual, aural and kinesthetic dance work equivalent of Africa’s urban experience through a female lens; a reality full of contradictions, grace, defiance, vibrant, vulgar, and “now!”. These dances are about loss, grief, displacement, trauma and a confrontation with those African brands that we have become complicit in selling, consuming and perpetuating. The artist will present two different solo works in one evening.

Terri Lyne Carrington
Saturday, February 18, 2012, at 8 p.m. William & Joan Lehman Theater at MDC North Campus 11380 N.W. 27 Ave., Miami Tickets: $10-$30
Carrington developed and honed the skills that now identify her as one of the world’s great contemporary jazz drummers while playing during her youth with musicians like Clark Terry, Oscar Peterson, Rashaan Roland Kirk, Dianne Reeves and later performing with Pharoah Sanders, James Moody, Lester Bowie, and Stan Getz. For the last fifteen years, she has forged an impressive career working with her own bands, as a side person (with great jazzmen like Wayne Shorter and Herbie Hancock), as a composer, arranger and producer. In the process she has staged exciting encounters between the traditional and the avant-garde, between the classical and the popular, between jazz, funk and rock.

Pig Iron Theatre Company / Chekov Lizardbrain
Friday & Saturday, March 23 – 24, 2012, at 8 p.m. The Colony Theater, 1040 Lincoln Road, Miami Beach
Tickets: $10-$30
This Philadelphia-based ensemble will charge Miami with their OBIE Award-winning concoction of neuroscience and maladroit Russian melodrama. A lonely, Aspergian botanist conjures up a parade of unsettling and comic recollections in an attempt to shape his fractured memories into a comforting fiction. Pig Iron’s virtuosic physical performers spin a dizzying and poignant web of memory, vaudeville, and stories that won’t stay straight and which echo Chekov’s Three Sisters in hysterical antics.

John Jasperse Company in Truth, Revised Histories, Wishful Thinking, and Flat Out Lies
Friday & Saturday, April 13 – 14, 2012, at 8 p.m. The Colony Theater, 1040 Lincoln Road, Miami Beach
Tickets: $10 – $30
Influential and innovative, American choreographer John Jasperse’s newest work addresses belief systems, the relative nature of truth and how we construct meaning in our lives. With a musical score by Bessie Award-winning composer, producer and musician Hahn Rowe, Jasperse develops the visual design for this production, some of which is inspired by the film Who’s Afraid of Virginia Woolf? Set for five dancers, including Jasperse, the work is visually stunning, sultry and tough. Known for rich content and a wry approach, Jasperse’s choreography explores heresy, radical ideas, delusional thoughts, and just plain nonsense.

For more information, please contact MDC Live! at 305.237.3010. Low-cost and free tickets are available to selected organizations, groups and students for every performance.