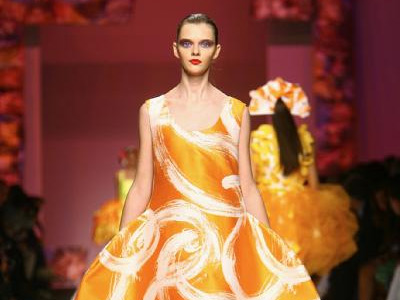 The Miami Fashion Week is considered by many the largest event in the country spotlighting Latin American and international fashion. The show artfully blends global culture and style, attracting designers, entertainers, celebrity jet setters and fashion royalty from throughout North, Central and South America, the Caribbean, Europe, The Middle East and Asia.

For the third consecutive year, Soho Studios in Wynwood Art District will be transformed into a “fashion city,” housing fashion shows, the jewelry and accessories marketplace, and sponsor lounges and displays. New for 2009 are an International Buyers’ Salon and the International Culinary Arts Pavilion. A fashionable feast occurring nightly, the International Culinary Arts Pavilion, features a different celebrity chef each evening who will create cuisine inspired by the native countries of the fashion designers being showcased that night. Also joining the line-up for 2009 is Fashion Week’s special guest designer Agatha Ruiz De La Prada, whose exuberant, brightly colored creations garnered her the 2004 fashion Oscar in Italy as best foreign designer.

As is the tradition at Miami Fashion Week, the event will culminate with the star-studded Miami Moda & Music Awards, a celebrity fashion and entertainment awards show featuring special guest designers, celebrities and international recording artists.