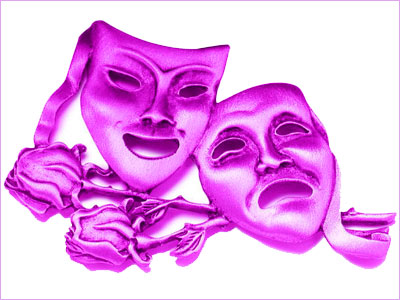 The 3rd annual Miami Stories 2008 featuring a series of three one-act plays penned by local personalities, promises to be another sensation. The dinner / theatre production is a benefit for the award-winning New Theatre and takes place on Friday, April 18th at the Miami Science Museum, located at 3280 South Miami Avenue in Miami.

Miami Stories replicates the trendsetting Chicago Stories, which has been a hit for 19 consecutive seasons in Chicago and inspired similar fundraisers for theaters in San Francisco and Seattle. Arts Supporter Harvey J. Burstein, a Chicago native who makes Miami Beach his home, originally presented the concept to the New Theatre, spearheading its 2006 debut presentation for the Miami market.

Miami Stories is perfectly tailored to New Theatre’s mission of producing new works. The Coral Gables-based theatre focuses on producing new plays by early- and mid-career playwrights. Since its inception in 1986, the theatre has world premiered more than 30 plays including Anna in the Tropics, winner of a Pulitzer Prize for Drama. Miami Stories hopes to raise substantial funds for New Theatre in support of its mission, and the proceeds will be earmarked to support the theater’s continued growth and stature as an award-winning venue for world-class productions.