Spanish artists, Joan Tarragó and Alberto (Sabek) will intervene the mural located outside of the Cultural Center of Spain (CCEMiami – 1490 Biscayne Boulevard, Miami FL 33132), June 26th – July 2nd. They will also redesign one of the containers located at the patio at Microtheater.

These actions are part of the project, Survibe, a 45-day journey, an experience, a painting trip through the U.S. by two painters and a photographer –Joan Tarragó, Alberto (Sabek) and Elliot Alcalde. They will travel 4139 miles, a hand-drawn route that crosses half of the country, from Texas to New York. Survibe Project is a living documentary in which they will get to know as many people and places as possible while painting huge walls, engaging in art collaborations and creating pop-up exhibitions as well as 360º photographic and video content, 24/7.

The project aims not only to connect with the street art community and its temples, but also to explore new places and get lost along the route –discovering uncharted grounds, jumping into abandoned buildings and wherever else the wheels bring them. 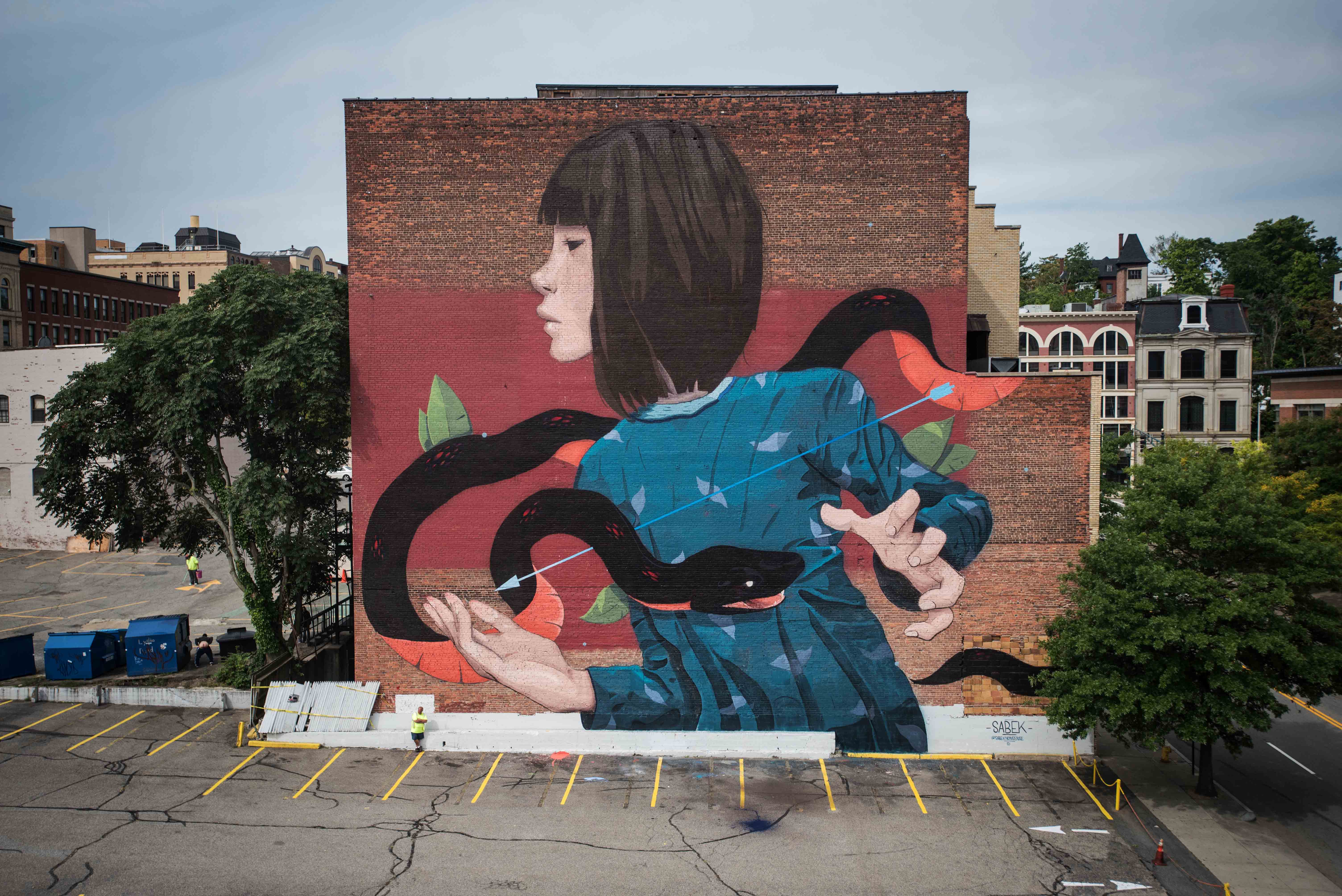 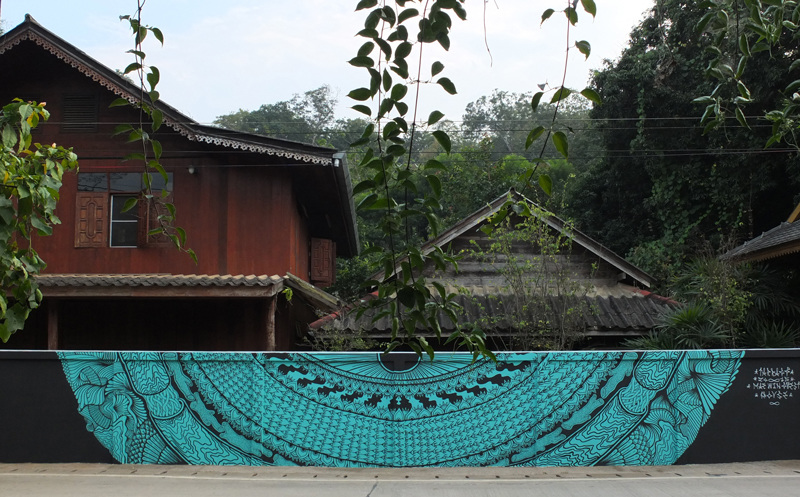 JOAN TARRAGÓ
Joan Tarragó is a Barcelona-based artist. His career started 12 years ago when he moved to Athens for a school internship. Since then he has become a modern nomad, always on the move between Barcelona, Berlin, Paris, Biarritz, NY, Richmond, Miami, Thailand, Bulgaria, Gambia, Copenhagen, etc…
He is on an interdisciplinary journey between painting and printing in two and three dimensions. He believes illustration is no longer bound by the flat format, but very often inspects and develops space. In his projects he tries to build bridges between art and design, where illustration, painting, street and communication all play an important role.
Tarragó illustrates his fantastic animal world and characters, holy scenarios filled with symbolism and curious lines and textures, a ritual atmosphere ready to melt with typography and endless traces of organic lines. He likes to take part in street art festivals, preparing new exhibitions and collaborating with brands and non-corporate organizations.

SABEK
Prosperidad and Vallecas were the first Madrid neighbourhoods where Sabek painted walls. Self-taught and impulsive, he establishes a dialogue between his alter ego and the world, creating an attitude, an addiction, a lifestyle. The letters change into shapes and the walls into media.
The animals of Sabek aggressively reflect the place to which they have been relegated as mere resources, denouncing the human needs to control and domesticate. Sabek’s works can be found in Asia, the USA, New Zealand and Europe thanks to his participation in festivals and events where the new urban artists have developed their creative forces.

ELLIOT ALCALDE
Elliot Alcalde grew up in León, Spain. In Talavera de la Reina, Spain, he studied editing, graphic design and publicity, and completed his artistic education with a diploma in Artistic Photography at Newport University, Wales. In 2011, he studied a Master in Contemporary Photography at the Lens School, where he formed “Colectivo 13”, producing a collective publication through crowdfunding. He founded his own studio and gallery, blo lab, in Talavera. Nowadays he works as a freelancer on product photography and color management, as well as video production for different businesses.
This initiative has been done in collaboration with Spain Arts & Culture and The Art Collective Miami