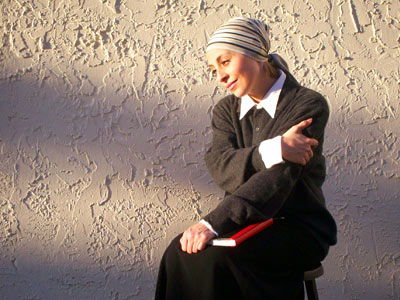 New Theatre continues with its second World Premiere of the season with Michelle Rosenfarb’s coming of age drama, The Gates of Choice making its World debut on November 13th, 2008.  Set in Israel’s ultra orthodox quarter of Mea Shearim, a Hasidic young woman facing an arranged marriage finds refuge and answers in a taboo relationship to the secular world. Fueled by her curious nature and longing for identity, she delves further to find "the truth" forming the foundation of her religion, her community, and her family.

Ms. Rosenfarb is a recipient of the Emerging Artist Foster Fellowship granted by the Broward County Cultural Arts Foundation and winner of the 17th Annual Florida Playwright Competition.  Ms. Rosenfarb is a local playwright and will be present on the opening weekend and will be available for interviews. Under the direction of New Theatre’s Artistic Director, Ricky J. Martinez, New Theatre veterans, Bill Schwartz (known to many as retired City of Miami Police Lieutenant William Schwartz), Kim Ehly and recent Shakespeare’s As You Like It apprentice, David Sirois and return to form part of an outstanding cast with Valentina Izarra and Laura Turnbull, both making their New Theatre debut.  Returning to New Theatre will be Production Stage Manager Clint Hooper, Costume Designer K. Blair Brown and making his New Theatre debut, Scenic & Lighting Designer Dudley Pinder.

Performances of The Gates of Choice will take place on Thursday through Saturdays at 8:00 p.m. and Sunday at 1:00 p.m.  There will be additional Sunday performances at 5:30 pm on November 23rd, 30th and December 7th, 2008.