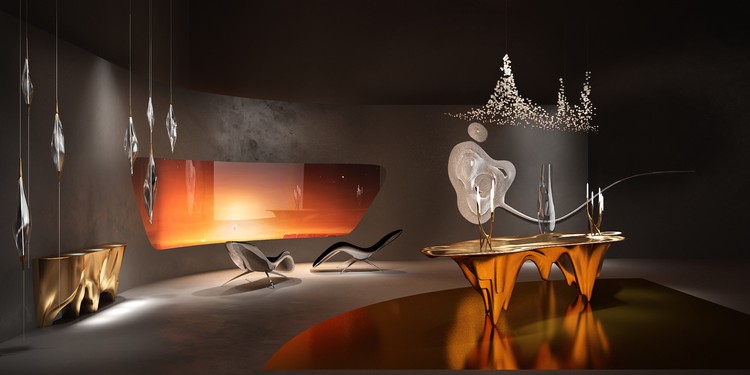 On display at Gallery ALL, MAD founder and principal Ma Yansong’s MAD Martian Collection imagines what the furniture of future Mars colonizers could look like, expanding upon the design language of 20th Century science fiction with a series of highly-reflective, fluid pieces that respond both to an alien environment and a nostalgia for human utility. The collection comprises five pieces: a dining table, a chaise lounge chair, a candelabra, floor-to-ceiling suspension lights, and a console table. 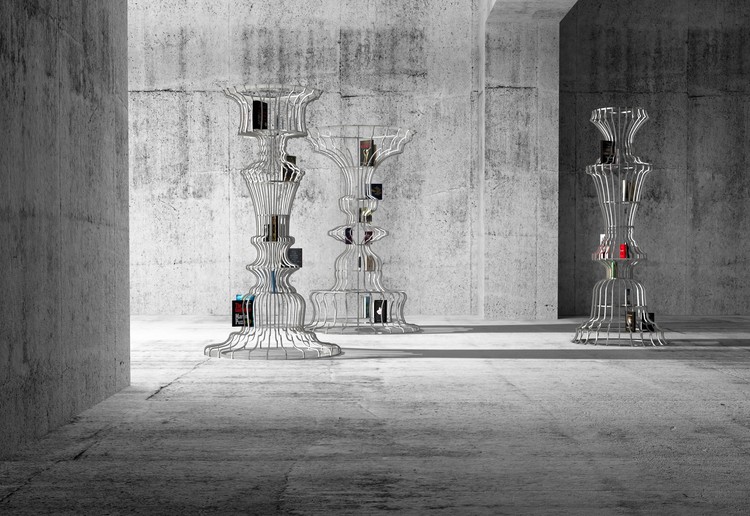 The Forest of Books installation, designed by Sou Fujimoto in collaboration with Galerie Philippe Gravier, uses a reinterpretation of 19th century ironwork techniques to create  sculptural bookshelves made from black steel rods. Each piece features a unique silhouette inspired by the curved forms of antique balustrades, some formed to create benches and others for the storage of books.

François Laffanour’s ‘Galerie Downtown’ in Paris was founded to highlight the importance of architect-designed furniture from modern masters such as Le Corbusier, Jean Prouvé, Charlotte Perriand, and Pierre Jeanneret. One of this year’s pieces is Prouvé’s ‘Antony’ Armchair, designed in 1954 and said to have been inspired by the work of Alexander Calder, a friend of Prouvé’s. 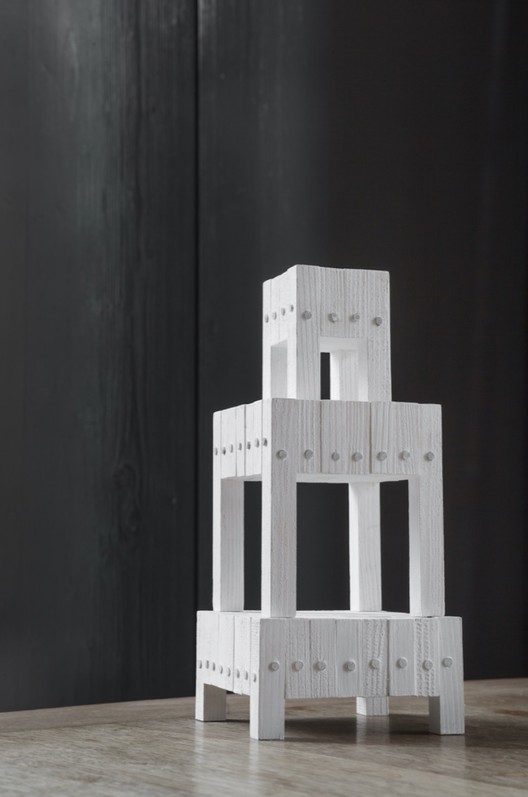 On display at the Maniera Gallery, Swiss architects Christ & Gantenbien’s “Athens Series” set out to create a system in which single elements could be assembled in different ways to create individual furniture pieces. The resulting series consists of a family of objects made from tulip tree wood blocks held together by Japanese joinery techniques and covered in white plaster, giving each piece a certain irregularity and robustness. 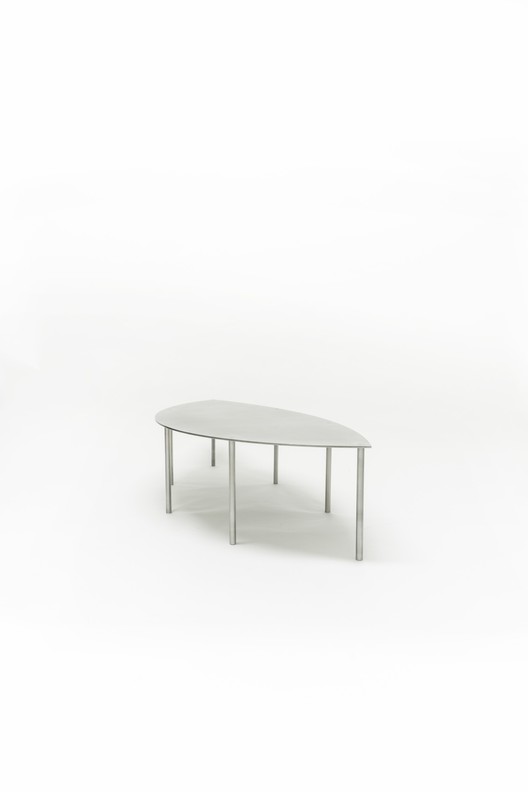 Designed by Muecke while in residency at Maniera, in Brussels, Belgium, designer’s ARC series features pieces inspired by his temporary home, the Van Wassenhove House by Belgian architect Juliaan Lampens. ‘Shelf’, the fourth piece in the series, is made from a 5mm thick waxed aluminum plate sat gently upon seven slender legs. An intersection of two different arcs on its upper surface, the piece’s geometry allows it to take on  a different appearance depending on where it is viewed from. The pieces are intended to be stackable, allowing users to create shelves of various heights. 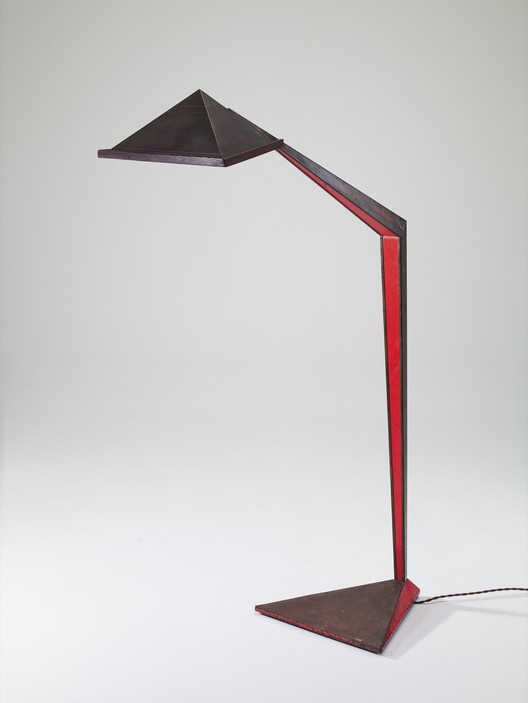 An expert in 20th century furniture, Eric Philippe opened his gallery in Paris in 1980 to feature European and North American design from 1920 to 1980, including the work of leading designers such as Frank Lloyd Wright, Hans Wegner, Alvar Aalto, and John Lautner, who custom designed this floor lamp for the Sturges Residence in Los Angeles. 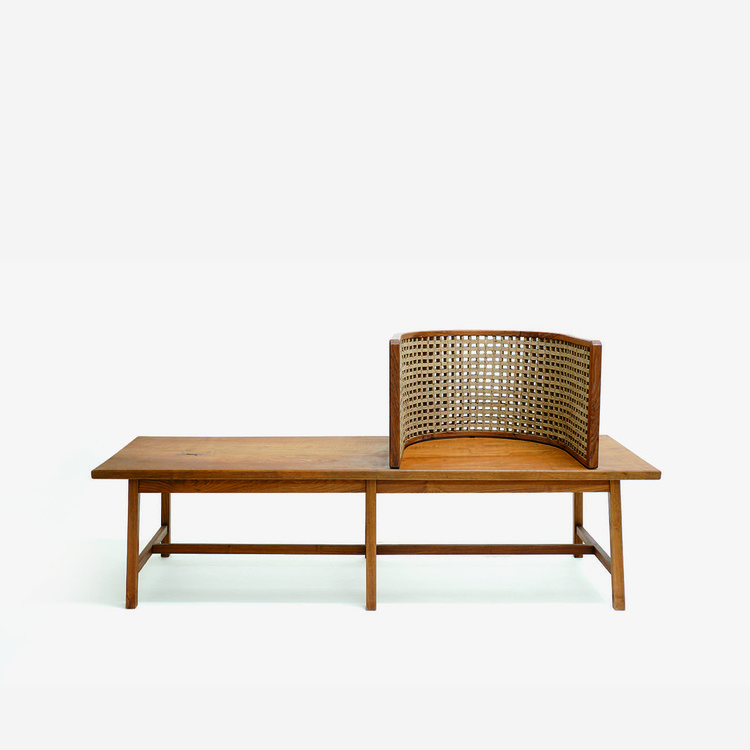 Also on display at Maniera Gallery, Bijoy Jain/Studio Mumbai’s ‘Brick Studies’ explores how a universal architectural-scale material such as brick could be transferred to the intimate scale of furniture. To create this bench, Jain’s team produced true-scale mini-bricks that are glued together to create the backrest of the seats, using methods examined in the study of traditional dry-stacked brick formwork.

Swiss architects Trix and Robert Haussmann’s ‘Boxes,’ displayed at Maniera, consists of six wooden boxes that use mirrored surfaces to explore various methods of designing corners. Explains Robert Haussmann: “It is a question of the fictitious or virtual space that a mirror creates. We were always interested in the fact that a space could be “corrected”, expanded, enlarged or reduced by using mirrors.” 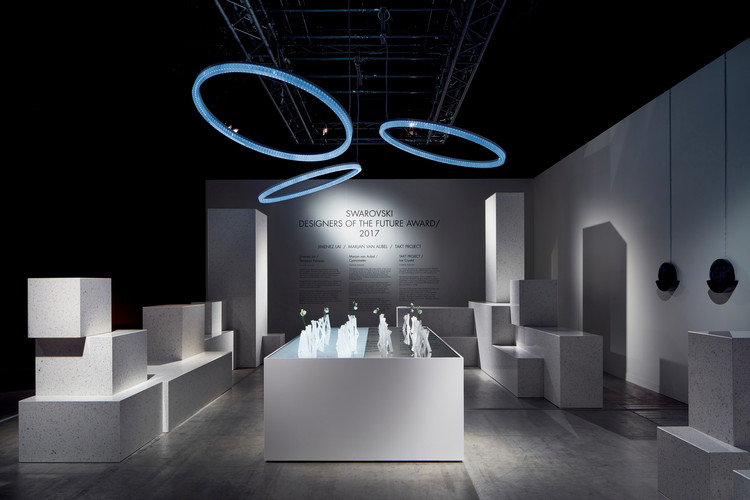 Participating as one of Swarovski’s  2017 ‘Designers of the Future’, Jimenez Lai of Bureau Spectacular was asked to create a prototype of design statement relating to the company’s iconic crystals. Lai, inspired by the concept of upcycling and unexpected material use, created ‘terrazzo palazzo,’ an immersive architectural environment constructed from terrazzo made with Swarovski’s “second quality” crystals – material that had failed the company’s quality control tests.

On Sunday evening, rapper Kanye West took to Twitter to announce the creation of a new architecture wing for his popular Yeezy company. With “Yeezy Home,” West is “looking for architects and industrial designers who want … +