Twentieth century and contemporary design is on a roll in the art market, and Design Miami/Basel is gathering no moss. This year’s twelfth edition of the fair in Basel, which ended June 18, was the biggest and arguably best yet with fifty participating galleries from eleven countries, including such newcomers as Mercado Moderno from Rio de Janeiro and Robert Zehil from Monaco, who brought art nouveau to the mix. Minimalist scenography and brilliant lighting allowed booths separated by wide aisles to stand out sharply from the ambient darkness of Messe Basel’s south hall.

At the entry level, this year’s Design at Large installation offered an allegorical diptych curated by American fashion designer Thom Browne: On one side, history, symbolized in a grid of desks by significant designers of the past century; on the other, fantasy, represented by a silvery textile forest populated by a fauna of wool-felt birds and beasts.

Up two escalators, a 1944 Jean Prouvé demountable house erected by Paris dealer Patrick Seguin welcomed visitors to the fair proper. Spare, elegant, spacious, yet focused, it set the tone for the show.

Ettore Sotsass was ubiquitous in his centenary year. Among the highlights, New York gallery Friedman Benda featured rare furniture, lighting, glass, and ceramics from the early and late stages of his career. The Roman gallery Giustini Stagetti also paid homage to designer, showcasing a unique library sculpture from the early 1960s.

Elsewhere, the Parisian gallery Jousse Enterprise showed an Élysée salon ensemble by Pierre Paulin; Casati Gallery of Chicago offered a series of theatre armchairs by Carlo Mollino. Zehil displayed a fine sculpted pearwood and gilt-bronze desk dated to 1900 by architects Tony Selmersheim and Charles Plumet. Erastudio Apartment-Gallery from Milan had a stunning 1987 carpet by Nanda Vigo (rugs and carpets are much in evidence throughout the fair) and a striking table by Urano Palma, riddled with holes drilled by the maker, who then inserted live woodworms to finish the job (the woodworms are guaranteed gone). 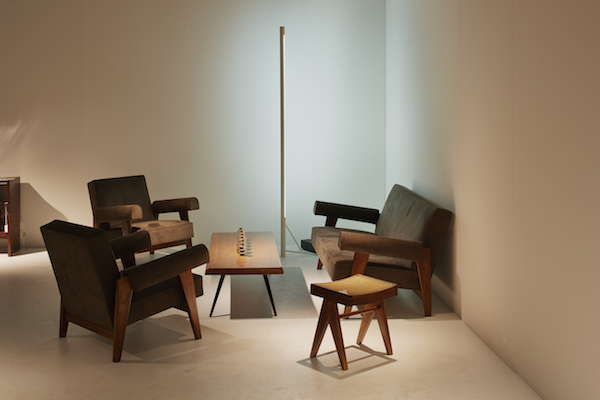 Carpenter’s Workshop Gallery, based in London, Paris, and New York, and a regular Design Miami participant, featured the work of Nacho Carbonell, whose organic-shaped, handcrafted cocoon lamps cross the boundaries between art, craft, and design—a specialty of this gallery. A massive floor lamp made of concrete, metal mesh​, ​and welding rods crowned the booth. Sarah Myerscough gallery from London focused on contemporary design in wood with a set of handcrafted, delicately molded oak chairs by John Makepeace—the godfather of contemporary British furniture design in wood—which were specially created for this fair.  Center-stage at the Todd Merrill Studio was a Laminaria chaise, 2016, by British designer Marc Fish. Other curvaceous designs by Fish were also on the stand, alongside intriguing bronze mirror-like wall light sculptures by Irish designer Niamh Barry. Another British artist/designer Beth Ketleman combined fantasy and wry humor in her marvelous, White Rabbit, an Alice in Wonderland- themed porcelain mirror piece. 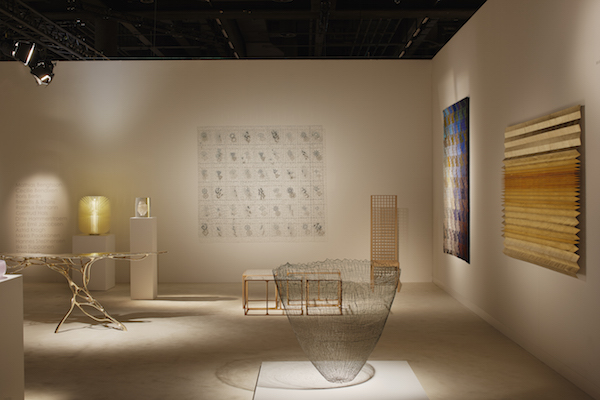 The Paris-based Maria Wettergren Gallery, who specializes in Scandinavian art and design, had a show-stopping installation by Cecilie Bendixen, a sound-absorbent sculpture made of textile and thread called Sun Disc, 2017. She also displayed an intriguing 14-foot-long table by Mathias Bengtsson, entitled Large Growth Table, 2014, that is the product of old-style craftsmanship and sophisticated 3-D printing—its tangled tendril structure crossing art nouveau influences with a Tarzan jungle nightmare.  Gallery ALL, based in Los Angeles and Beijing, specializes in Chinese contemporary design. Founded in 2013, as one of the first galleries in China dedicated to limited edition furniture, it presented sci-fi, futuristic pieces with a focus on sustainability and ecological concerns. The outstanding piece was an aluminum table by Ma Yansong of MAD Architects—MAD Martian Dining Table, 2017.  Also in sci-fi mode, this year’s Swarovski Designers of the Future award went to Dutch designer Marjan van Aubel, Los-Angeles-based architect Jimenez Lai, and Tokyo-based multi-disciplinary studio Takt Project—three design teams whose work, in turn, uses solar cell technology, innovative terrazzo surfaces, and 3-D crystal printing to offer a tantalizing glimpse of a possible brave new light-powered world. The real world may not be able to go there yet, but the glimpse is exhilarating.

Prev1 of 11NextUse your &leftarrow; &rightarrow; (arrow) keys to browse 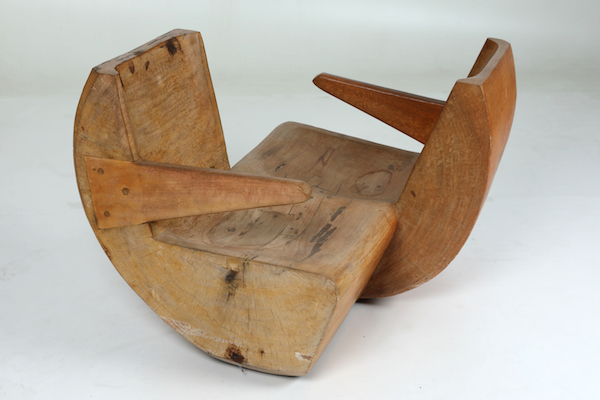 Prev1 of 11NextUse your &leftarrow; &rightarrow; (arrow) keys to browse 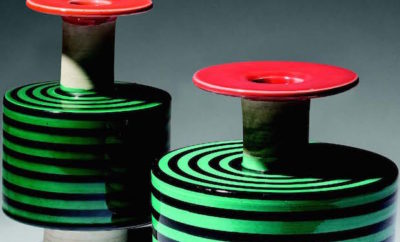 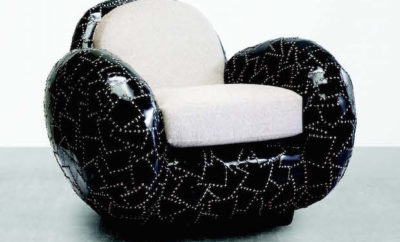 The Irony and the Ecstasy of Maarten Baas 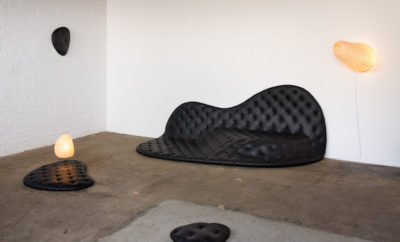 Noguchi and Stadler: A Solid Pairing

Further expanding its engagement beyond the core art world, Art Basel is delighted to announce Art Basel Inside, a multi-faceted cultural experience offering thought leaders from diverse fields and industries the opportunity to share visions and engage with the issues facing the world today. Creating a context for these conversations, Marc-Olivier Wahler, Director of the Musée d’Art et d’Histoire, Geneva, will curate … +

This story originally appeared in the artnet Intelligence report, a new art market report created by artnet News and the artnet Price Database. How does an artist build a steady and long-lasting career after an early bout of intense auction success? Two talents of different artistic generations—35-year-old Njideka Akunyili Crosby and 49-year-old Cecily Brown—offer complementary case studies. Over the past few years, Crosby … +