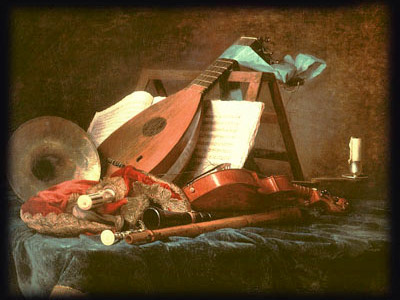 On February 27th, the Miami Bach Society begins its annual celebration of early music in Coral Gables. For one week renowned ensembles and musicians from Europe and the United States will perform concerts of composers who wrote the works before 1800. This year, there will be more than an ample showing of performers from Italy. Il Giardino Armonico from Milan is one of the country’s best know ensembles, comprised of musicians from some of Europe’s leading music institutions, all of whom specialize in performing on period instruments. They will perform a program A Venezia.

Paolo Pandolfo, master of the viola da gamba will be joined by Tomas Boysen (of Norway) to perform a program exploring the history of his instrument coming from Italy and reaching its apex in France in the 17th and 18th centuries. Pedro Memelsdorff, musician and scholar, living in Bologna will speak about mediaeval musical maunuscripts with musical illustration by soprano Barbara Zanichelli. And even the ensemble from France, Fuoco e Cenere will perform music of Italian composer, Alessandro Scarlatti in Troubles in the Garden of Love, with instruments, singers and life-sized marionettes.

American artists include Brian Neal’s Miami Brass performing works from “Baroque and Beyond” at the Biltmore hotel, culminating with the return of the Festivals breathtaking fireworks display. And Arcanum, South Florida’s own early music ensemble, performs a program of German music that is “Almost Bach”.

Wednesday, March 2nd, 8:00 p.m. The Mintz Manuscripts, an Evening with Pedro Memelsdorff and Barbara Zanichelli, mediaeval scholar and musician talks about mediaeval texts, from translation to performance, with musical examples, at The Church of the Little Flower, Comber Hall, 2711 Indian Mound Trail.