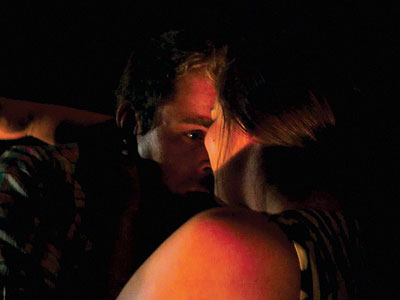 The State Theatre Project, founded and directed by New World School of the Arts (NWSA) 2009 alum, David Hemphill, has since over a year made it its mission to “provoke, question, kick ass, shake things up”; its aim is to learn through performance and inspire inquisitiveness. “The state of our world, the state of our country and the state of our community,” as their manifesto reads, is the main target of this mobile group, whose utmost appeal lies in its untraditional versatility, pioneering attitude, and crazy-fearless, hungry talent. The State Theatre Project was born out of a young group’s desire to work and share their craft during periods of unemployment. Although the unemployed actor’s story is almost predictable, and even depressingly certain, it is a stage in this particular – award winning – group’s post-grad career that birthed a company of artists just looking to open our eyes and stir the pot.

Though extremely young and almost fresh out of school, it is not to say that the all under-30 ensemble that makes the company has not paid its inevitable dues and learned a thing or two on other stages. Actor-designer Jackie Rivera, who serves as the company’s Resident Designer, is also an NWSA graduate, a Silver Palm Award winner, and GableStage regular. Actress Ashley Olberding is no stranger to South Florida stages either, and having more than just acting prowess, she spearheads the company with Hemphill as State Theatre Project’s Managing Director, along with Technical Director, Miss Elaine Bryan. Hemphill himself, at age 28, has garnered more than a few worthy recognitions in his young career, and in his most admirable feat, now directs The State Theatre Project from his new home in Los Angeles. Being the hip and savvy family that they are, however, the thousands of miles between them have yet to impose a real problem in the company’s plans. In a January interview with the Miami Herald’s Christine Dolen, Hemphill said, “We have the mentality of the millennial generation of workers. We’re in a world of contractors. You go away; you come back. You’re mobile. I feel strongly that being flexible is to our advantage.”

They say that this generation has been left with a country in ruins, debt, and an almost impossible system, and although there is definitely some truth to that, we should compel one another to look at the other side of the coin and understand that genius is more often than never born out of necessity – the urge to be heard, the desire to stand out. Perhaps we should owe the great creative minds of this bracket to exactly this national struggle and uncertainty. Faced with professional and creative droughts, how does an artist thrive? Hemphill, Rivera, Olberding, and Bryan have fearlessly taken life by its horns and created their own chance for success. They have done what the greats do, and that is to always find a platform for self-expression, social consciousness, and to foster a sense of community.