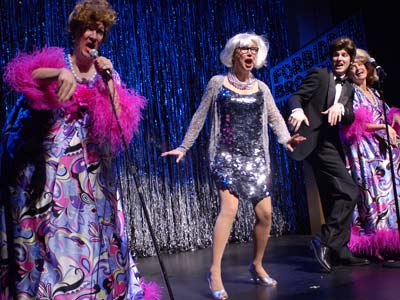 This edition of Forbidden Broadway, specially designed for Miami audiences, features spoofs of Monty Python’s Spamalot, Avenue Q, The Lion King, Wicked, Les Misérables, and Hairspray – all shows that have either played in South Florida or are coming this season. Created and written by Gerard Alessandrini, Forbidden Broadway has received national acclaim and countless rave reviews, including an Obie Award, Outer Critics Circle Award, several Drama Desk Awards including Best Off-Broadway Musical in 2005 and a 2006 Tony® Honor for Excellence in the Theatre.