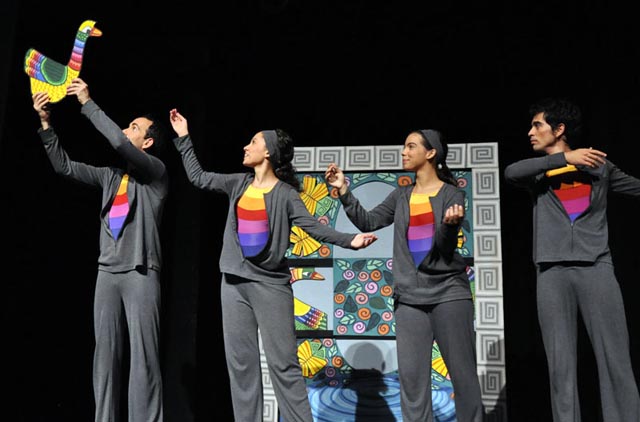 To celebrate the presence of Hispanic American culture in the United States, FUNDarte present Miami’s first Hispanic Arts Festival for Children and Youth. Spanning one week and several cultural venus in the city, the festival will include academic talks, musical concerts, and plays. The festival will close with a Children’s Art Gala on October 3 at Miami-Dade County Auditorium. Tickets to this event are now available.

The festival will offer participants an opportunity to come together around shared experiences with artistic creation, the teaching of arts and literature and their cultural promotion, as well as allowing them to get to know the work of world-class artists based here in Miami as well as visiting international artists.

The Gala will delight audiences, both old and young alike, by providing an opportunity to get close and celebrate the arts through music, dance and theater.

Rumba Flora – 2:30 p.m.
This project brings musicians, actors, and dancers onto the stage, with a musical score that was nominaled for a Latin Grammy in 2014. Rumba Flora recounts the adventures of Uva and Garbancito when they emigrate to distant lands and must adapt to a new space inhabited by beings different from themselves. This piece exposes children to some of the musical instruments and rhythms of the Caribbean. Starring Rita Rosa Ruesga y Company, this work is directed by Maricela Espinosa and Olegario Pérez, with set design by Mara Silva.

Como te lo canto, como te lo cuento / As I Sing It, So I Tell It – 3:30 p.m.
This project brings Spanish musician Jordi Tonietti and his musical group, narrating stories and singing. Tonietti has performed all over Spain as well as countries such as Belgium, Luxembourg, Andorra, Argentina and Guatemala.