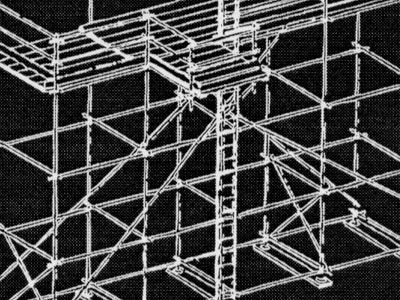 Showcasing, by exclusive invitation from the American Institute of Architects, its unique take on design, Glottman flexes its muscle for curating product from some of the most innovative companies, and pushes the envelope with technology and design philosophy.

Laser sintering, light as a building material, sustainability and humor come together with local culture and art at the 2010 AIA National Convention in Miami Beach, June 10th through 12th, 2010.

Glottman’s interpretation of the convention’s boutique and lounge will set the stage for more than 20,000 architects to hang, chat, mingle and shop. Scaffolding will be used to create architectural space in a way that has never been done before. Five of Glottman’s exclusive lines, Viabizzuno, e15, Bosca, Moooi and .MGX by Materialise are presenting for the first time in the United States new experimental models.

The Works of Isabel Toledo and Ruben ToledoFrom November 9, 2012 through January 26, 2013. Miami Dade College’s (MDC) Museum of Art + Design and Terra Group in partnership with Bacardi present an evocative retrospective … +

Exploring the Boundaries Between Art, Interior Design, Industrial Design, and FashionFrom November 29 through December 8, 2012. Glottman continues its tradition of celebrating the relationship between the arts and design in our contemporary lifestyle. This … +

June 2013. Creative Jessy Nite is opening the Nite Writer, a typographic studio dedicated to hand-lettering, type and illustration. Launching at NiteWriter.co, Nite has produced an interactive pan and scan portfolio that allows viewers to … +