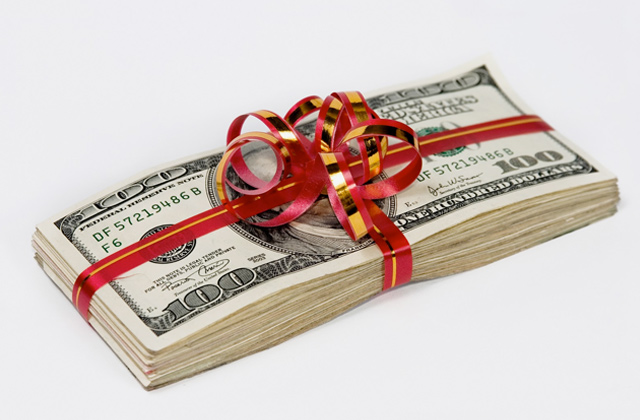 Knight’s initiative supports both established institutions and grassroots organizations as a way to engage South Floridians and weave culture into people’s everyday lives. It includes funding for key arts institutions, and for the continuation of the Knight Arts Challenge, a contest open to the entire South Florida community that for five years has allowed artists to experiment and innovate even through a weak economy.

“The arts not only inspire and challenge, they help create the shared experiences that connect people to one another and the places they live,” said Alberto Ibargüen, president of Knight Foundation. “The success of our earlier initiative in Miami has encouraged us to expand to Philadelphia and Detroit and, now, to take it to the next level in Miami.”

The Miami announcement follows a recent, $19.25 million Knight Foundation investment in the Detroit arts scene, backing the cultural initiatives that are helping shape the future of that city.

In South Florida, the investment includes:

Miami City Ballet ($5 million): In its 28 years, the ballet has earned a national reputation. New funding will help the ballet increase its outreach and add new works to its repertoire, including new commissions.

The Wolfsonian-FIU ($5 million): The museum holds one of the most important collections of art and design objects from the modern era. With this new funding, The Wolfsonian will develop dynamic programming to engage South Florida residents and build greater access to its online collection.

Cleveland Orchestra ($2 million):  The organization that has become Miami’s winter symphony expands its subscription season to four weekends of concerts and significantly increases its educational outreach programs to students.

Arts education ($1 million): Miami artists often begin their careers at one of two schools, the Design and Architecture High School and the New World School of the Arts. To expand the horizons of the next generation, new funding will send students on cultural field trips to New York City and Europe.

Borscht Film Festival ($500,000): The homegrown festival has put Miami into the national conversation on independent filmmaking, with works shown at 40 international film festivals. New support will help the festival expand its efforts and create more “only in Miami” stories.

Miami International Film Festival ($500,000): The festival helps make the city a destination for first-class cinematic creations. Knight Foundation will further the expansion of Ibero-American film through awards at this annual event.

Continuing the Knight Arts Challenge contest ($9 million) – Each year, the challenge asks everyone in South Florida for ideas to enhance the South Florida arts. The contest has just three rules: Projects must be about the arts; take place in or benefit South Florida and match Knight’s funding.

The best ideas receive Knight Foundation funds. Anyone can apply: the challenge purposefully seeks out nontraditional grantees. In fact, 6,601 ideas have been received over the past five years. More than half of these ideas came from individuals, businesses, and small organizations that don’t have 501(c)(3) non-profit status.

With Knight Foundation’s new commitment, the contest will offer funding to organizations of all sizes – from businesses to individual artists – through 2015.

This special summertime themed show will take you on a trip across the Tropics and beyond with our fabulous cast! Step into a world of exotic jungles and sparkling oceans as the spectacular dancers make the temperatures rise for a truly entertaining Burlesque Revue, Cabaret, and Variety show! This 90 minute production will feature both classic and neo burlesque, along with showgirls, … +

The Hollywood CRA in collaboration with Artspace Projects, Inc. will conduct a major online survey of artists, arts organizations, and creative businesses in South Florida to determine the size and nature of the market for an Artspace affordable live/work/create project planned for Downtown Hollywood. The eight-week survey period runs through March 28, 2016. Artists, musicians and other creative individuals are encouraged to … +