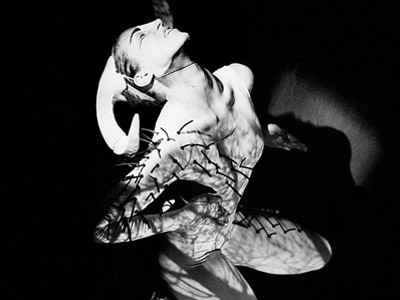 In December 2008, my parents and I visited Lakewood Church in Houston, Texas, for the first time. I wanted Jesús to go with us too, but I couldn’t convince him. My younger brother argued that it was inappropriate for him, being catholic, to experience God through a different sermon. (He might have just wanted to be home alone for a couple of hours to play video games freely, without having to worry about the three of us scolding him all the time.)

So, we left around 6:00 o’clock to make it on time for the 7:30 p.m. service. I felt really excited, for I had watched Joel Osteen’s program on TV many times, and I knew he spoke the words of God from his heart. While many preachers become subject to act or represent characters, Joel communicates with people in a true, humane, and positive manner. In several occasions, he has even talked about the urgency to stay open to new ideas and spaces that help us enlarge our vision and better understand our inner beings.

Don’t we need to recuperate similar spaces in the arts? One of the most important theater directors of the XX Century, Polish Jerzy Grotowski, developed the notion of theater as a laboratory where both actors and their audiences played an active role. Thanks to him, theater transformed into a spiritual space – with no disturbing elements like complex scenery or special effects – a place where the artists could carefully examine the purity of emotions as well as the beauty of corporeal expressions.

Prelude to the Afternoon of a Faun and The Rite of Spring by Canadian Compagnie Marie Chouinard deliver too the purity of forms; an embodiment of shapes, images that dissolve in time, not in the space, equivalents of the transparent architecture of Le Corbusier. The first spectacle serves as a flowing preamble to the latter, with a dancer on stage. Our ears explode. Inspired by Mallarmé’s poem L’après-midi d’un faune, Claude Debussy’s composition is a fusion of difficult sounds, uncomfortable noises that the spectators have to intersect, accommodate, and learn to assimilate. The dancer reminds us of a naked unicorn (or a rattle snake?) But she represents a faun instead, a ghost-like appearance trying to keep her bustling dreams: spring, love-making scenes. The faun gently weeps as she moves across the platform, producing simultaneous views. What does she wait for? What does she hope for?

The public has no trouble in discovering the faun’s tale since the dancer manages to infuse genuine emotions to her actions. The ethereal nature of her character materializes in front of us. Couldn’t her story mirror our everyday-life story? Aren’t we like fauns ourselves who, at some point, need to go through a spiritual awakening to forget past nightmares and hallucinations, illicit fantasies, castles in the sky? Why does the faun feel so hopeless? Why can’t she eat? Why can’t she give a new shape to her dreams when there are still clouds and smiles, afternoons and daisies, and even naughty squirrels in the world? While the Prelude… production overflows our expectations of the aesthetic in art, springtime challenges our codified views of the visual, the artistic in life. The season of spring certainly gives a magic, tasty flavor to the year. What is the color of spring, yellow or blue? Franz Marc, cofounder of German Expressionist group Der Blaue Reiter (The Blue Rider), once defined blue as an example of the severe “male” attitude whereas yellow represented the sensual “female” principle. Isn’t spring a combination of both, yellow and blue? Voila, c’est ça: green is the color of spring and it means life, growth, nature and hope.

If I asked any of my (five-year-old) theater students to represent the shape of spring with their bodies, they would make a pyramid with a butterfly on top. What a happy depiction of spring! Why does our imagination – and perception of things- change as we get older? In the Painter of Modern Life, Charles Baudelaire referred to the issue of happiness as the ability to perceive things in life as a child would. Eighteen hundred years ahead of Baudelaire, Christ told his disciples that only those who approached Him with a child-like attitude of faith would become part of the Kingdom of God. “As I grew up, everything started getting grey and dull,” writes Keith Johnstone, an outstanding British theorist of dramatic improvisation, in an attempt to remember “the amazing intensity” of the world he lived in as a little boy. Wouldn’t it be good for us – fauns and adult people – to start listening to our inner child once in a while and see what new things springtime has to offer?

The message of spring is portrayed in the second performance, with music by Russian composer Igor Stravinsky. What’s the most effective way to learn to read between the lines: secret texts, a shower of images that inevitably escape from within the reach of our hands? The dancers become kinetic sculptures as their trained bodies embrace, transform the space. (The space transforms them too). Persecutions and kisses, vanishing moments of our imagination (sadness, anger, fear, happiness), imbue the artistic rationale of the show. The choreography of The Rite of Spring may be a moving alternative to Gabriel García Márquez’s magical realism, with the representation of sinuous thorny plants and breathless animals that provoke our ordinary perception of the surrounding things. The half-naked figures expand, oscillate, and reproduce before our very eyes like instant brush strokes within an abstract painting. The performance brings to mind Vassily Kandinsky’s Improvisation 28. Made of oil on canvas, Kandinsky’s artwork expresses the artist’s sense of spirituality and inmost feelings through an orchestration of short-lived forms, spatial relationships and indefinable linear motives.

In a blink of an eye, the curtains fall and an inextinguishable round of applauses fills the entire space of the Colony Theatre. As the effervescent audience greets the cast, my friends and I try in vain to decode and conceptualize our appreciation of the show. It is really hard for us to find words to describe this endangered kind of art that truly serves a humane purpose, giving the viewers the opportunity for a sincere and even personal spiritual connection. Yet, we do know we were very lucky to come to the theater this afternoon. My parents and I felt exactly the same way when Joel Osteen’s sermon ended in the Lakewood Church. What an opportunity my little brother had missed; an opportunity to give/receive messages of hope, meet friendly people, and experience a fresh understanding of the Holy Words.