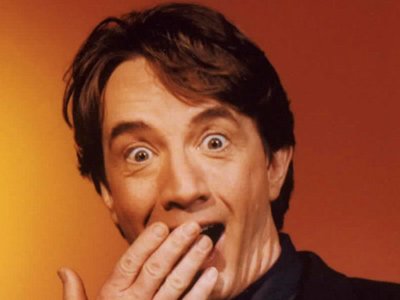 Martin Short, one of our era’s true musical-comedy stars, makes his Miami debut at the Adrienne Arsht Center for the Performing Arts in a musical evening at the John S. and James L. Knight Concert Hall. Accompanied by a five-piece band, Short will sing and dance his way through Broadway show tunes and hilarious sketches and, along the way, reprises the most popular roles of his career, including fictional talk show host Jiminy Glick and Ed Grimley from “Saturday Night Live.”

A star of stage and screen, Short has received numerous accolades for his work in the theater including, most recently, a Drama Desk Award for Outstanding Actor in a Musical (2007) for Fame Becomes Me. He also earned a Tony Award nomination, Theatre World Award, and Outer Critics Circle Award for his role alongside Bernadette Peters in the1993 Broadway production of The Goodbye Girl and a Drama Desk and Tony Award for Best Actor in a Musical for his work in the Neil Simon and Cy Coleman Broadway production of Little Me (1999). Since his first standout performance on “Saturday Night Live,” Short has created screen-stealing movie and television characters, most notably Ed Grimley, Jiminy Glick and the memorable Franck, the wedding planner in Father of the Bride.

Turning 15 on the Road to Freedom tells the moving, true story of Lynda Blackmon Lowery, one of the youngest participants in the Selma to Montgomery march in 1965. Jailed nine times before her fifteenth birthday, Lowery fought alongside Martin Luther King, Jr. to secure the right to vote for African-Americans. The performance lets audiences of all ages experience what it took … +

A main stage production brought to you by your local, off-broadway theatre, Showtime Performing Arts Theatre. Beauty is in the eye of the ogre in Shrek The Musical jr., based on the Oscar-winning DreamWorks Animation film and fantastic Broadway musical. It’s a “big bright beautiful world” as everyone’s favorite ogre, Shrek, leads a cast of fairytale misfits on an adventure to rescue a princess and … +

A group of strangers meet in a dirty subway station. They have arrived with limited personal belongings, their watches have stopped and they all claim to be in different cities. Soon they learn there is no way out of the station, and the unfortunate truth is told to them: they are all dead. Since subway stations have two sides, they reason the … +

What does success mean in America? What does it mean when you don’t make it? In THE MONROE DOCTRINE, poet and adjunct professor REAL MONROE tries to hold his world together from his trailer on Hog Island on Maryland’s eastern shore. Nov 17,2019, 7 PM