Although Hal Ashby directed a remarkable string of acclaimed, widely admired classics throughout the 1970s – HAROLD AND MAUDE, THE LAST DETAIL, SHAMPOO, COMING HOME, BEING THERE—he is often overlooked amid the crowd of luminaries from his generation. Amy Scott’s exuberant portrait explores that curious oversight, using rare archival materials, interviews, personal letters, and audio recordings to reveal a passionate, obsessive artist. Ashby was a Hollywood director who constantly clashed with Hollywood, but also a unique soul with an unprecedented insight into the human condition and an unmatched capacity for good. His films were an elusive blend of honesty, irreverence, humor, and humanity. Through the heartrending and inspiring HAL, you feel buoyed by Ashby’s love of people and of cinema, a little like walking on water. 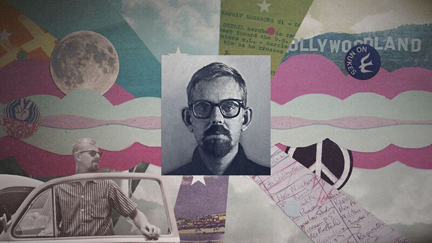 “One of the comparatively unsung luminaries of 1970s American cinema receives a very fine tribute in HAL, an in-depth look at director Hal Ashby. A MOST WELCOLME REASSESSMENT OF ONE OF THE MOST IMPORTANT FIGURES IN 1970s HOLLYWOOD”-Todd McCarthy, Hollywood Reporter

“Sheds new light on a master filmmaker who occupies a place in the pantheon alongside Coppola, Scorsese, De Palma, and Spielberg.”-Jeremy Smith, BIRTH.MOVIES.DEATH.

In 1979 some young filmmakers set out to make an adult film in rural Texas, but when their reclusive, elderly hosts catch them in the act, the cast members find themselves in a fight for their lives. Written and directed by acclaimed genre filmmaker Ti West, this wild slasher stars Mia Goth, Jenna Ortega, Martin Henderson, Brittany Snow, and Scott Mescudi (aka … +

Tracing Visions sets out to challenge and evolve our “classical “canon by illuminating a new pathway for listening, sharing, and artistic expression. As we trace visions of the past, we summon Ginastera’s epic work for strings. We revel in the sounds of gospel and Cuban dance music. We seek to tell a more complete story of America through the voice of Xavier … +