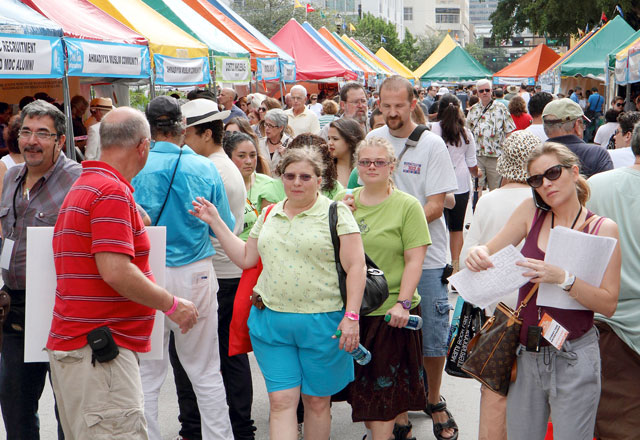 In commemoration of the 500 years since Ponce de Leon landed in Florida, this year the Fair will celebrate the culture and literature of Spain. Some of the country’s most illustrious writers and artists will present their works at the fair this year.

In addition, the artist of the official Book Fair poster is one of Spain’s most important illustrators and comics artists and winner of the 2007 Premio Nacional de Comic, Francisco Capdevila, better known as “Max.” The official poster, along with the Generation Genius Days poster by popular comics and graphic novels creator Paul Pope, will be unveiled September 20 at the College’s Historic Freedom Tower as part of a DWNTWN Arts Days celebration that will bring together all of the other MDCulture’s departments – Miami International Film Festival, MDC LiveArts, Galleries and Museum of Art + Design and Teatro Prometeo.

The Miami Book Fair, one of Miami’s flagship cultural events, will treat book lovers to eight days of cultural and educational activities, including the beloved Evenings With… series, the IberoAmerican Authors program, literacy and learning activities for children and teens during Generation Genius Days, and The Kitchen, demos and panels for food enthusiasts in partnership with the college’s Miami Culinary Institute. Fairgoers will also enjoy more than 200 exhibitors from around the country selling books in a festive atmosphere and hundreds of author reading and discussing new books during the weekend Street Fair.

Miami Book Fair International, widely considered the largest and finest literary event in the U.S., is the premier event of The Center for Literature and Theatre @ Miami Dade College, a part of MDCulture, the Cultural Affairs Department of the College. The Center promotes reading, writing and theater at locations throughout South Florida by consistently presenting activities open to all. Its Generation Genius programs for children and teens promote literacy and learning. Its creative writing program has national appeal, and courses are taught by local and visiting authors. It is also home to Prometeo Theatre, the nation’s leading Spanish language, conservatory-style program offering training for actors, and featuring performances throughout the year. In 2012, the Center celebrated its tenth year with a renewed commitment to the advancement of literary and theater arts.