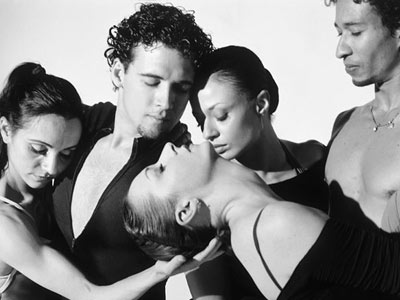 Miami City Ballet’s Program IV will feature the World Premiere of Twyla Tharp’s NIGHTSPOT and George Balanchine’s Square Dance, Tarantella, and Sonatine. The program will show at Adrienne Arsht Center for the Performing of Miami-Dade on Friday, March 28th at 7:30p.m. Saturday, March 29th at 8:00 p.m.; and Sunday, March 30th at 2:00 p.m. Please note that the Friday, March 28th performance starts a half hour earlier than usual at 7:30p.m. and will not include Sonatine. This is to allow time for festivities taking place relative to the premiere.

NIGHTSPOT is Miami City Ballet’s first major commission and involves two of the most celebrated and sought-after artists of our time. Twyla Tharp has created some of the most memorable and innovative dances in the modern repertory, including Nine Sinatra Songs, Deuce Coupe, Push Comes to Shove, and In The Upper Room. She has also worked extensively on Broadway and in Hollywood, choreographing and directing the Tony Award-winning dance musical Movin’ Out, set to the music of Billy Joel, and creating the choreography for the movies Hair and Amadeus, among others. This commission is Tharp’s first major work for a ballet company in five years.

For it, she has joined forces with Elvis Costello who is providing an original musical composition. Costello’s musical curiosity is expansive: besides rock and roll, it ranges from classical to jazz to country. His musical interests have led him into acclaimed collaborations with Burt Bacharach, The Brodsky Quartet, Paul McCartney, mezzo-soprano Sofie von Otter, and Allen Toussaint, among others.

Tharp created NIGHTSPOT on 18 MCB dancers, and Costello’s composition, which features new music intertwined with various motifs and quotations from existing songs, is written for a nine-piece onstage dance band and a thirty-two-piece orchestra in the pit. Isaac Mizrahi, one of the world’s most famous fashion designers created the costumes for the new work.

Also featured are three outstanding ballets by George Balanchine. Square Dance is a classical ballet, set to baroque music by Vivaldi and Corelli, tinged with witty references to the American country social dance. Balanchine’s homage to Italian folk dancing is on this program with the dynamic and speedy Tarantella, set to music by Gottschalk and the French-style Sonatine, set to music by Ravel.

A pre-performance talk by Edward Villella and/or his artistic staff will be conducted, free to the ticketed audience 45 minutes prior to curtain.