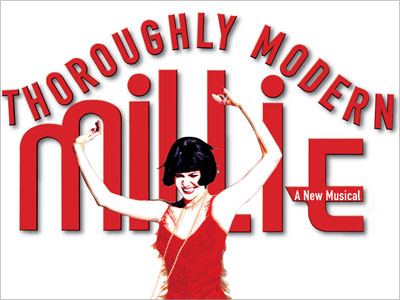 Tony Award-winning musical Thoroughly Modern Millie, by Richard Morris and Dick Scanlan will be produced by New World School of the Arts’ music theater program to start the Holiday season. Directed by guest artist Kim St. Leon, Choreographed by guest artist Karin Bejerano with musical direction by Jeff Hess, from the NWSA Theater Division, the production will feature thirty high school music theater students in the cast, accompanied by college and high school students from the music division playing in the orchestra.

The six-day performances, will be on Friday’s and Saturday’s, December 5th, 6th, 12th and 13th at 7:30 p.m. and Sunday’s, December 7th and 14th at 2:00 p.m. Performances will take place at the Louise O’ Gerrits Theatre in downtown Miami.

Thoroughly Modern Millie takes place in New York City in 1922, and tells the story of young Millie Dillmount, who has just moved to the city in search of a new life for herself. The story is about a time in New York when women were entering the workforce and the rules of love and social behavior were changing forever. The musical is based on a popular movie and includes a full score of new songs and great dance numbers. The show played on Broadway in 2002 for 903 performances.

Theater and music theater students at NWSA hone their craft through acting technique, movement and speech classes, focusing on fundamentals of physical and emotional preparation. With performance at its core, training is based on the classical texts and the principles of drama as well as practical incursions into the contemporary and experimental edges of theater. Consequently, alumni are found performing on stage nationally and internationally and their talent and vision are recognized and highly regarded in the industry.