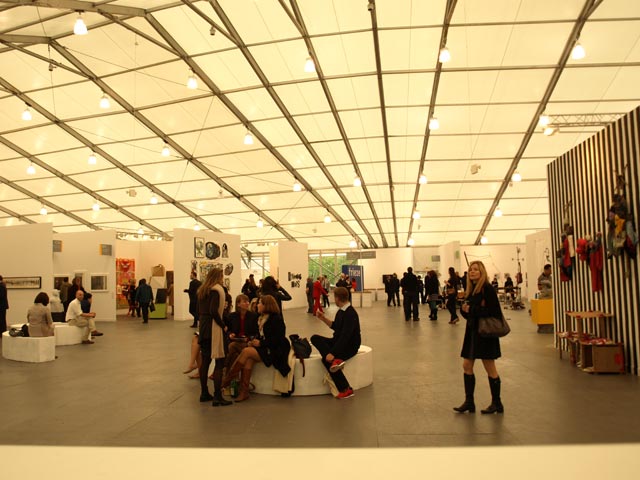 New York definitely welcomes the art visitor during the month of May in a more cheerful way than during the normally freezing month of March. The first edition of Frieze Art Fair in New York was a wonderful excuse to travel again to the still most influential place regarding contemporary art in the world. I flew in a week earlier for meetings, studio and gallery visits and museum shows.

The weather was just perfect, not too cold but not warm either, though some New Yorker fashion addicts were already wearing summer skirts and sandals without stockings. I was shivering when I saw that: Living in Valencia, Spain, you become spoiled with temperatures and only put your winter coat away when temperatures rise over 25 degrees Celsius.

The first week was packed with meeting people like Karen Boyer, a young art advisor, Helen Allen, the former director of Pulse Art Fair, who is now running an innovative art space in the Lower East Side, a part of Manhattan which I really like, with numerous tiny galleries springing up at every corner, Alberto Magnan from MagnanMetz Gallery who is running a renown front space gallery in Chelsea with a fantastic selection of artists, very conceptual. We know each other for years and I have become a fan of his sustainable and constant work for the artists he is representing.

I met some conceptual and artistically mature Italian artists, some of them quite renown, and decided to write about them (in a separate article: Andrea Bianconi, Angelo Bellobono, Paolo Canevari, etc.). With the artist Beatrice Pediconi, I met her in March already, I had a long walk along the Hudson River Green Way on a Saturday morning, chatting about the art world in New York and Italy, as well as her work, it was refreshing in every sense. She is based in New York for some years now, originally from Rome. Her studio in Tribeca offers space for her large-scale photographs, which document her water paintings. No, not what you think. She actually paints on water, using huge water tanks and gigantic cameras to document the process of tempera pigments moving in the water, melting with the element. It is a poetic and minimal act, the results pure meditation and aesthetic impact, transforming material into metaphors, if I may use this word, in an intuitive performance, losing control over the medium. She has a group show in the Pelham Arts Center currently.

Before the fairs opened, I had the chance to see the Richard Chamberlain retrospective at the Guggenheim: The expected huge crushed car sculptures were pressed into the spiraling walkways in a chronological order, I perceived a certain absence of a real challenging curatorial concept though. I visited the Whitney Biennial which was the biggest deception regarding a group exhibition or Biennial ever since I can remember. A random concept which should express the cutting-edge American artists who don’t focus on the material elaboration of a work per se, but the social message, an historical overview showing the anxiety from Modernism. Well. Hence, not only a whimsical presentation with a certain do-it-yourself style welcomed me, but I was also in search for real content, the highly acclaimed social message was nothing more than scratching the surface of the so-called survey of the last two years with Handmade Slides by Luther Price, random performances and the visions of Werner Herzog on the art work of 17th Century Dutch painter Hercules Seger and many more. The WhiBi actually left me confused.

In a joint exhibition of Marianne Boesky Gallery and Pace Gallery an overwhelmingly sensual show by Italian artist Pier Paolo Calzolari with huge sculptures was taking over the two spaces (they had torn down the wall in between them). Using natural materials like salt, water, eggs, ice, feathers, tobacco leaves, etc., he transforms the ephemeral into monuments of romanticism.

The solo show Faith in a Seed of British artist, Rob Carter at Art in General, who lives and works in New York, talks about the houses and life projects of Charles Darwin, Henry David Thoreau and Sir John Bennet Lawes. A huge “parcours” with seed and miniature house replica installations, video and photography embraces the visitor into an intersection between science, history, sustainable living ideas, nature and art. A very convincing fresh conceptual oeuvre.

The following week was filled with lots of events to discover. First the PEN reception at the The Standard (Hotel) with personalities like Salman Rushdie standing next to us comfortably having a drink while watching the never-ending performance of Emily Howard (with participation of Hank Dutt, Onome Ekeh (visuals), and Beth Levin), the U.S. premiere of Kevin Malone’s thirty-five-minute Clockwork Orange operetta at the Top of the Standard Hotel. Obviously, Jakab Orsos, the PEN director and former director of the Hungarian Cultural Festival “Extremely Hungary”, likes time stretched performances, playing with the patience of the viewer. À propos view: As always the view at night from The Top of he Standard Bar onto Manhattan South and North was breathtaking.

Several days of meetings, studio and gallery visits followed. And then, finally, on Thursday the long awaited openings of Pulse (brunch at 9 am) and Frieze.

After I had seen the fair activities in New York in March (Armory, Volta, Independent, Scope, etc.), I was extremely curious to see and feel the art pulse in May. How would the collectors respond to Armory’s new and serious competitor Frieze Art Fair New York, just two months later? I was amazed about what I saw. Pulse was a firm smaller position of the mid range galleries, the art more conservative and safe, but with outstanding proposals by Risa Puno, (“Good Faith & Fair Dealing”, a smart conceptual handcrafted game table where the visitor is intrigued to fair play with a partner, questioning the ethics of the modern society, represented by Galerie Stefan Roepke, Cologne. I was reminded of what Roberta Smith says in her NYT article regarding the new installed work by Tomás Saraceno at the Metropolitan: “Participatory art is all the rage these days, an ever-expanding category and, increasingly, a means for museums to signal their hipness to the younger, broader audiences they so desperately want to attract. Nothing says accessible like something you interact with physically.“ Furthermore the work of Jonathan Callan at Kudlek van der Grinten, also from Cologne funnily enough, with paper works: deconstructed illustrated book pages, the color erased and rubbed into the paper, until completely absorbed and only a tiny figure remains, looking like fine lined drawings. 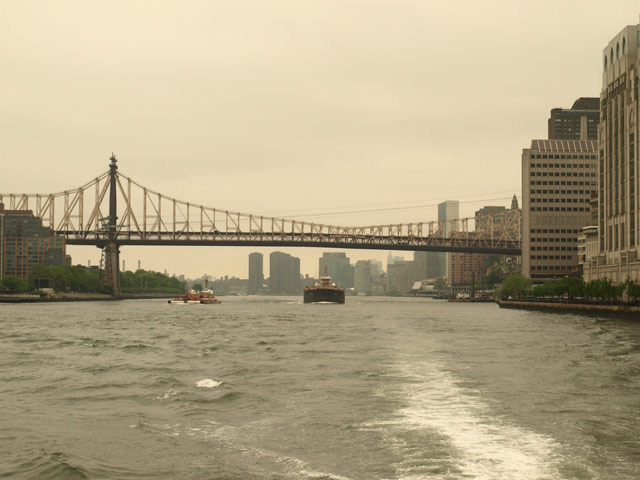 Then subway to 34thSt and walking to the pier, taking the ferry shuttle to Randall’s Island: A whole new experience, contemplating Manhattan from the East River, the UN and the Chrysler Buildings passing by like Legos, the breeze refreshing thoughts and senses. Arriving at the fair, a generous space welcomes the visitor and it seems that not only the concept of Frieze is better overall with its new and fresh venue on Randall’s Island, the wonderful airy temporary tent structure by SO-IL architects from Brooklyn, the sculpture park, the performance projects, the ferry (my favorite). The quality of the galleries and the exhibited art is in my opinion also a lot more convincing and interesting than the recent issues of Armory. As a visitor, and I am also talking on behalf of collectors who expressed the same, you feel more welcomed, you have space and time to see art, talk to the galleries, the works can breathe and impress, the plazas and the outdoor Biergarten invite for an enjoyable rest, the restaurants offer delicious and affordable food (my Ita
lian friend and I had the best Italian meatballs ever). The visitor has the feeling to be a human being, not a number in a huge mass. And this fact obviously inspired the collectors to acquire, from what I heard the sales figures were quite impressive and the number of visitors went up to 45.000 (Armory gathers 60.000). The overall atmosphere of Frieze invites to buy and this is the final goal of an art fair and part of a quality concept. My favorite works: At Sikkema & Jenkins two outstanding works by Kara Walker (huge drawing about slavery and abuse) and Vik Muniz touched my senses, at Steve Tuner the socially critical work of Antonio Vega Macotela talking about Mexican politics and corruption as well as a tiny and fine work by Los Carpinteros at Sean Kelly (“Derame de oro de pared”). And the VIPs were not missing, of course: Maurizio Cattelan (I have never seen him so often in one week than this time, obviously he changed his strategy from absent to present), Tracey Emin, RoseLee Goldberg, Thelma Goldin, the Rubells, Trevor Smith, Octavio Zaya, the de Pury’s, Ernesto Neto, Amir Shariat, Arto Lindsay, Sam Keller, Eli Broad, Anish Kapoor and many more didn’t miss the opening days. Congratulations to this new proposal. 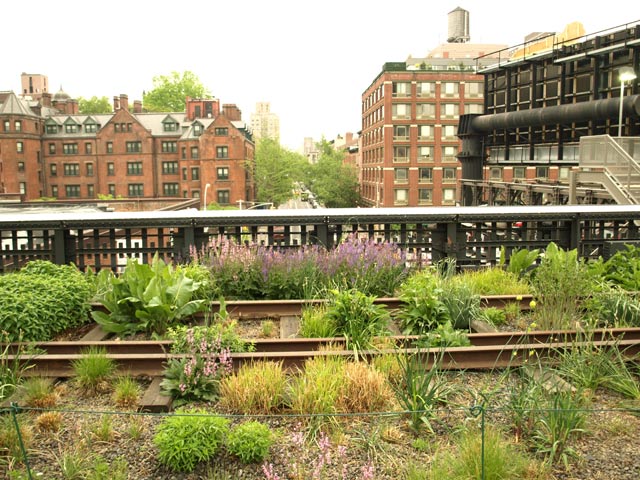 Walking over The High Line just after a slight rain with this wonderful scent of fresh grass and flowers in the middle of the city was just an amazing experience and the perfect transition to the openings in Chelsea. Good weather attracted thousands of art people; my favorite was at Anna Koustera’s who invited Natalie Kovacs to curate a group show including artists like Rob Carter, TROIKA and Jason Gringler. In the small front space “Family Business” Maurizio Cattelan and Massimiliano Gioni showed the trashy and young cutting-edge and I had the impression that this was the new form of star cult: The young and/or famous were faking to be normal, chilling in front of the space on the street.

Next morning meetings and in the evening taking the subway to JFK in only one hour traveling time – I was amazed – in order to catch the flight to Spain where warm and chaotic Valencia welcomed me back.

A lot of questions have been emerging since then. Where is this crazy circus leading us? Are all the NY fairs going to survive? Is this the inflation of the commercial contemporary art system before it will enter a recession phase? Who is stronger? Are there alternatives? Or is everything going to continue business as usual since the art market remains robust?

Well, I will reflect more on this after Basel.

Texas Contemporary returns to the George R. BrownConvention Center this October 10 – 14 for the fair’s anticipated eighth edition. Over 70 galleries from around the world, including galleries from Venezuela, Estonia,Scotland, Italy and London, will feature top modern and contemporary art in the center ofHouston, Texas. The fair’s reach will continue to expand into the region’s influential andextremely dedicated collecting community. … +

Inside Josh Lilley Gallery’s stand at Frieze New York, a painting barely larger than an album cover hangs on an otherwise empty white wall. The work, by the 30-year-old Berlin-based artist Tom Anholt, sold to the first client who walked into the booth during the fair’s VIP preview for $6,000. That’s $2,000 less than it cost the gallery to rent the wall … +

Art New York, presented by Art Miami, returns to Pier 94 for its fourth edition on Thursday, May 3 through Sunday, May 6, 2018 offering noteworthy and fresh works by important artists from the contemporary, modern, post-war and pop eras, and featuring paintings, photography, prints, drawings, design and sculpture. The highly anticipated 2018 edition will see more than 95 international galleries from … +

TEFAF New York Spring 2017, the latest iteration of the Maastricht-based, dealer-run art fair franchise also known as The European Fine Art Fair, opened to a well-heeled and cheerful V.I.P. crowd on Wednesday afternoon at the Park Avenue Armory. Building on the buzz and goodwill generated by the debut last October of TEFAF New York Fall, which is exclusively geared to … +