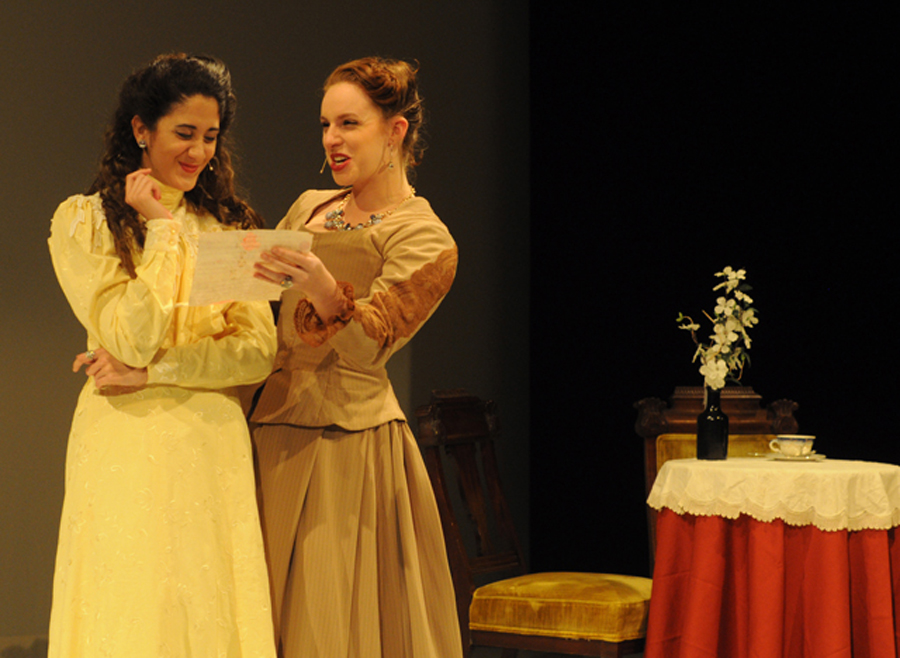 Rising Stars Showcase, a professionally staged, energy packed, one-of-a-kind performance, presents the extraordinary talent of high school and college students from New World School of the Arts, Florida’s premier arts institution. The showcase begins at the New World Gallery with a juried visual arts exhibition featuring impressive student artworks. The show, as diverse as the school population, includes painting, drawing, design, sculpture, digital media and installations. The evening continues just a few blocks away at the historic Gusman Center for the Performing Arts with a pre-performance VIP Reception to welcome guests to this artistic landmark. Following the reception, the performance showcases excerpts from works performed by the high school and the college students during the school year.

Among the works to be presented is A Weekend in the Country from the Tony Award winning musical A Little Night Music, Music and Lyrics by Stephen Sondheim and book by Hugh Wheeler. The Theater division will also delight the audience with Tradition, from the Tony Award winning musical Fiddler on the Roof, Book by Joseph Stein and Music by Jerry Block. Led by maestro Alfred Gershfeld, the NWSA Symphony Orchestra will present a symphonic favorite in Shostakovich’s Festival Overture, while the famed NWSA Jazz Band, under the direction of Jim Gasior, will dazzle the crowd once again with a tribute to Artie Shaw. Asuka, choreographed for the New York City-based company Ballet Hispanico, will highlight the NWSA college dancers. This particular work is homage to salsa legend Celia Cruz, set to her music and interlaced with other references to Vilaro’s native Cuba. The high school dancers will present Earth a stirring work by NWSA alumnus Uri Sands. The piece “teeters on the edge of overwhelming in its pounding percussion and violent movements… conveying a daunting danger that left me breathless and audience on its feet” (Ron Hubbard, TwinCities.com).

NWSA Rising Stars Alumnus Award
The NWSA 2015 Rising Stars Alumnus Award will be presented to film writer, director and classical pianist Lulu Wang. Presented each year to a high school or college graduate from New World School of the Arts, who is successfully contributing to his or her art form this prestigious recognition recognizes the alum’s artistic achievements, as well as her growth and development as an artist. Lulu Wang is a recipient of the Roger and Chaz Ebert Directing Fellowship, which was awarded at the 2014 Film Independent Spirit Awards. She most recently wrote and directed her first narrative feature film, “Posthumous,” a love story set in Berlin, starring Jack Huston and Brit Marling with Lambert Wilson. She is also a 2014 fellow of Film Independent’s Project Involve. Wang was born in Beijing, but left at the age of six. She was raised in Miami where she attended New World School of the Arts as a classically trained concert pianist. A 2005 graduate of Boston College, Wang made a number of short films in an elective film class that garnered several awards. These awards had little professional impact other than giving her the much-needed encouragement to defer law school, which was significant. Wang began her career in documentary films and was commissioned to direct “Fishing the Gulf” in the Chiriqui region of Panama. The film has screened at festivals worldwide and won best documentary for Landmark Theatre’s Little Big Films Competition. In 2006, Wang was commissioned by EDWON (Empowered Women of Nepal) to film a documentary on Dalit (low-caste) women in Nepal. After making the transition to Los Angeles in 2007, Wang has worked on major studio productions including “Rush Hour 3,” as well as Judd Apatow’s “Superbad” and “Pineapple Express.” Upon realizing that she makes a terrible assistant, Wang supported herself with her company LegalREEL Productions, making settlement documentaries for law firms. She also formed Flying Box Productions in 2008 with business partner, Bernadette Bürgi, to develop and produce content for film, TV and new media. Some of the company’s projects include a music video for the band Vintage Trouble and a series of teasers sponsored by State Farm for the band, OK Go and their music video, “This Too Shall Pass.” Wang is currently working on her next feature project and splits her time between Los Angeles and NY.