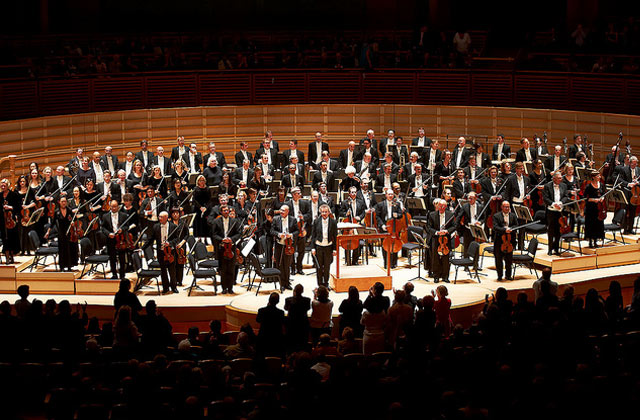 The Cleveland Orchestra announces that single tickets are now on sale for programs in the Orchestra’s sixth Miami season, which includes a series of subscription concerts co-presented with the Adrienne Arsht Center for the Performing Arts of Miami-Dade County as well as music education and outreach activities throughout the Miami-Dade community.

Music Director Franz Welser-Möst will lead the Orchestra in two concerts at the Arsht Center. Repertoire for The Cleveland Orchestra’s performances on January 27th and 28th includes Sean Shepherd’s Wanderlust, Dmitri Shostakovich’s Symphony No. 6, and Johannes Brahms’s Piano Concerto No. 2, with pianist Yefim Bronfman as soloist. Mr. Bronfman is widely regarded as one of the most accomplished virtuoso pianists performing today. His commanding technique and exceptional lyrical gifts have won him consistent critical acclaim and enthusiastic audiences worldwide, whether for his solo recitals, his prestigious orchestral engagements or his rapidly growing catalogue of recordings.

Mr. Bronfman began the 2011-12 season in the U.S. with the Chicago Symphony Orchestra’s opening gala performance, followed by return engagements to the orchestras in Los Angeles, Boston, Philadelphia, & Toronto. A recital tour this winter culminates at Carnegie Hall. In Europe he will complete a two-season project with the Philharmonia Orchestra and Esa-Pekka Salonen in London and throughout Europe.

On March 2nd and 3rd, Nicola Luisotti will conduct The Cleveland Orchestra performing excerpts from Verdi’s Aida, Prokofiev’s Symphony No. 5, and Golijov’s Three Songs for Soprano and Orchestra, with Dawn Upshawas soloist.

The Cleveland Orchestra’s Miami season concludes on March 23 and 24 with Principal Guest Conductor Giancarlo Guerrero conducting The Cleveland Orchestra in performances of Beethoven’s Symphony No. 6 (“Pastoral”), Respighi’s Pines of Rome, and Grieg’s Piano Concerto in A minor, with Gabriela Montero as soloist.

Performances begin at 8 p.m., preceded by a prelude chamber concert at 7 p.m. These pre-concert performances, new this season, will include performances of chamber music that relates to the evening’s orchestral programs, performed by members of the Cleveland Orchestra and hosted by members of the Cleveland Orchestra musical staff. Prelude concerts are free and open to all concert ticket holders.

On Saturday, March 24, at 2 p.m., The Cleveland Orchestra will perform a Family Concert titled ¡Música Fantástica!, featuring Miami-based Cuban American ensemble Tiempo Libre at the Arsht Center. The program explores the DNA of orchestral music traditions from its early origins in Africa, through Europe, to the Caribbean and Latin America, to the modern day concert hall.

The Cleveland Orchestra’s commitment to Miami continues to develop through expanded education and community programs that serve thousands in the Miami-Dade area. The Orchestra’s activities in Miami were conceived and made possible with the leadership of the Musical Arts Association of Miami, the Miami-based support organization dedicated to fundraising for the Cleveland Orchestra Miami.

Cleveland Orchestra Miami Principal Guest Conductor Giancarlo Guerrero will coach both conducting students and the Wind Ensemble at the University of Miami Frost School of Music on Wednesday, January 25. On March 20th, Mr. Guerrero will conduct the FIU orchestra and work with conducting students. These coachings are free and open to the public. Additional 2012 Cleveland Orchestra Miami education and community engagement activities will be announced at a later date.

In March, The Cleveland Orchestra and the Adrienne Arsht Center will present two education concerts titled, ¡Música Fantástica! at the Arsht Center on Thursday, March 22nd. The concerts will feature the same program and artists as the Family Concert on Saturday, March 24th. These concerts are arranged in conjunction with Miami-Dade County Public Schools and will be attended by nearly 4,000 school children from schools throughout the county.