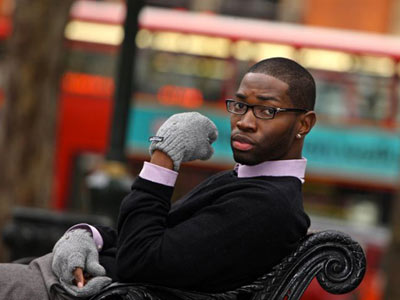 Tarell Alvin McCraney, award-winning international playwright will be offering a special gift to New World School of the Arts to celebrate his 30th birthday to launch NWSA’s 2010-2011 theater season. The prolific playwright has planned a special VIP reception and staged reading performance at New World School of the Arts to raise much needed funds for the school. Along with actor Glenn Davis and fellow Steppenwolf Ensemble member Jon Michael Hill, McCraney will perform selected scenes from his acclaimed Trilogy including The Brothers Size, In The Red and Brown Water, and Marcus; or the Secret of Sweet. His Brother/Sister trilogy are set in the Louisiana Projects and explore Yoruba mythology.

The staged reading performance is McCraney’s fundraising initiative and gift for NWSA – “When so much is at stake for our students,” states McCraney, “it’s up to us to give generously not just of our pockets but of our hearts and talents.” The funds from this initiative will be used to support graduating high school students to attend auditions for colleges or acting programs. The presentation is comprised of two events – a VIP reception with McCraney, where he will give away 20 signed copies of his book “The Brother/Sister Plays,” followed by the actual book reading performance.

“I am very grateful that the school is so supportive of this event. Moreover, I hope that this fundraising initiative will spark more efforts from alumni and supporters alike to support our young artists and their endeavors during these economically unstable times” said McCraney.

McCraney attended the New World School of the Arts High School, receiving the Exemplary Artist award and the Dean’s Award in Theater, and graduated from DePaul University’s Baccalaureate program where he received his BFA in acting. In May 2007 McCraney graduated from Yale School of Drama’s playwriting program where he received the Cole Porter Playwriting Award upon graduation. As an actor Tarell has worked with directors such as Tina Landau of the Steppenwolf Theater Ensemble Chicago, IL, David Cromer and BJ Jones artistic director of the North Light Theater (where he co-starred in the Chicago Premiere of Joe Penhall’s Blue/Orange), and began a lasting working relationship with Peter Brook and Marie-Helene Etienne of the Bouffes du Nord, Paris.

McCraney heads up an impressive list of out media professionals in the June/July 2009, Forty under 40, issue of The Advocate. Six months earlier he made the prestigious Out 100, alongside Edward Albee, Sir Ian MCKellen, and Gus Vant Sant, among others. Tarell is currently the International Playwright in Residence at the Royal Shakespeare Company in London. Most recently, McCraney was featured in the Miami Herald’s 20 under 40 special edition.

VIP Reception is limited to 20 guests, first-come first-served. Staged Reading Performance-only tickets may be purchased online by visiting the New World School of the Arts website.