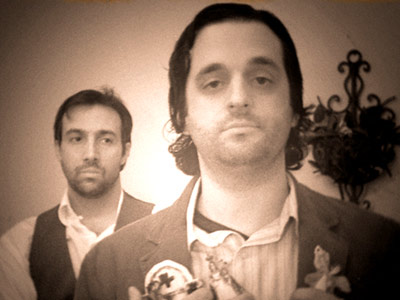 The Naked Stage begins its 2008 season with the play The Lonesome West by Martin McDonagh. Following the success of the first annual 24-Hour Theatre Project, The Naked Stage presents this hilarious, Tony Award nominated, dark-comedy from the author of The Pillowman and The Lieutenant of Inishmore. The Lonesome West is a play about two brothers living in their father’s house following his “accidental” death by shotgun. They find it impossible to avoid their massively violent disputes over the most mundane of topics. Only Father Welsh, the young local priest, is prepared to try to reconcile the brothers before their petty squabbles spiral into vicious and bloody carnage. Set in Leenane, a small town in Galway, Ireland.

The Lonesome West stars Antonio Amadeo, Katherine Amadeo, John Manzelli and Adam Simpson. It was directed by Margaret M. Ledford with set, sound and lights designed by Antonio Amadeo, Katherine Amadeo and John Manzelli. The Naked Stage’s production of The Lonesome West runs from January 24th through February 17th, 2008, Thursday through Saturday at 8:00 p.m., and Sunday at 2:00 p.m. The Naked Stage performs at the Pelican Theatre located on the campus of Barry University, 11300 NE 2nd Avenue in Miami Shores.