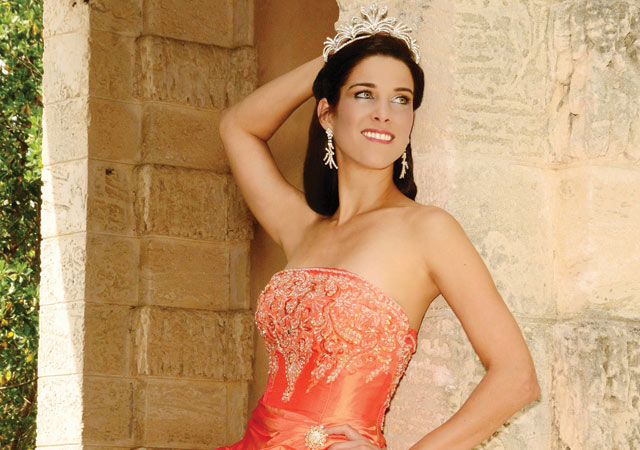 The nostalgias, longings and sadness of youth and the aging process, itself are the heavy subjects tackled at a joyous occasion. There are no paradoxes here. On a splendid evening in November, Miami-based orthodontist and collector Arturo Mosquera welcomed the public into his office space (and exhibition annex) for drinks, a full salsa band, food and good friends. All of these elements typically contribute to the spectacular, pivotal event in the life of a Latina teenager known as Quinceañera. Complete with tiny-jeweled tiaras and beaming smiles, local artists Antonia Wright and Christina Pettersson presented their work and (in the vein of the celebration, itself) themselves to the world.

The exhibitions are rife with complex ideals of ritual, fantasy, memory and familial bonds. Wright and Pettersson reveal their expressions of youth and its reflection on age with their own passing years; diary entries of a long-lost family member, witnessing billboards advertising photography for the Quinceañera, and the sensation of being thrust into the open world with good cause (but at the very source, against their independent wills) transmitted through photography, drawing and film inform the project as a whole.
“Where All of your Quinceañera Dreams Come True” is Antonia Wright’s own journey through the photographic fantasy of a fifteen year-old’s transition, traditionally, into womanhood. Harboring the largest and most profitable sector of Quinceañera photography in the world, the Latin American teenage girl is a cash cow; a consistent opportunity for a highly specific subculture centered around the presentation of a young girl idealistically presented as a princess. Wright probes this phenomenon of the teenager as debutante, whose own identity is compromised by the aspirations of her parents to create a privileged appearance leading to prospective marriage. Removed from the religious context, Wright’s interpretation of the Quinceañera becomes an exploratory theatre.

Christina Pettersson’s “My Dear Leona” consists of twenty-one graphite drawings, letter transfers and a 37-minute film. It acts as a both an investigative and self-reflexive documentary pooled from the mysterious shorthand writings of the artists’ great-great aunt. The frailest observations, mundane and profound, are brought to the surface as Pettersson plays actress and translator in her own language: ultimately, unable to discern the exact motivations or emotions behind her relative’s records, Pettersson re-invents the story in the contemporary period. A two-fold goal is addressed by drawings illuminating the life of Pettersson’s grandmother told in archived, long-forgotten photographs and a series of twenty-seven letters addressed to Aunt Leona bearing the dynamics of betrayal, secrecy, confession and regret so often associated with the intimate act of writing a letter. Pettersson delicately, but potently, renders her work in an almost desperate search for the fractured feelings experienced by her female ancestry.