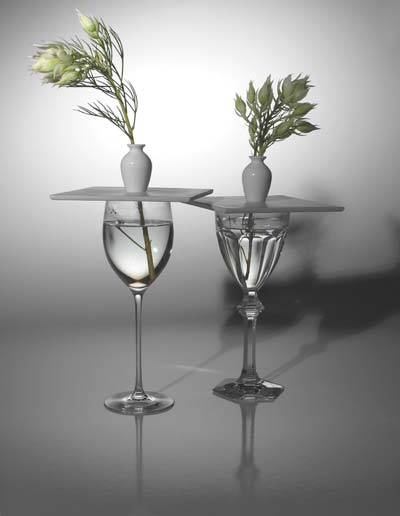 There have been a lot of changes at the Bass Museum lately. The most notable of these might be the external arrival area, recently redesigned into a naturally flowing and attractive space by Oppenheim Architecture + Design. But there’s more going on, and one only needs to head just inside the museum’s doors to catch a glimpse of its further transformation. This summer, the museum’s gift shop was reopened as a branch of Mauricio Gomez’s design store, elemental. It’s proven to be an innovative and dynamic addition to the museum, and also a welcome change that offers visitors the chance to take home their own intriguing works of art.

Gomez, a graduate of Parsons the New School of Design and a designer himself, began elemental in 2007 with a location in Coral Gables. “There was a market for it in Miami,” he says. “There were lots of furniture stores, but very little object design stores.” The concept hinges on a revolving collection of unique objects created by prominent and emerging designers from all over the world, including London, Amsterdam, Paris, Denmark and the United States. Gomez personally travels to meet with these designers and forges connections that lead to lasting relationships, allowing people in Miami to obtain limited-edition objects that can’t be found anywhere else.

At elemental@thebass, these objects include solar-powered lamps in the guise of sugar jars and a candleholder composed of a resin and marble cast of the designer’s hand. They will soon be joined by limited-edition pieces – towels, umbrellas and the like – reflecting notable images and exhibits at the Bass Museum. “The objects touch the line between art and design,” Gomez says, which makes them the perfect complement to a museum that is continuing to do the same with its transformative architecture and engaging exhibits.

In addition to opening elemental@thebass, Gomez recently unveiled an elemental store in the Design District. The plan is to split the collected objects between the two stores, using elementa@thebass as a place for objects with a lower price tag, things more suited to collecting on a whim or grabbing quickly. The store in the Design District will feature a different collection of objects every month, and those collections will be marked with openings that run in conjunction with the area’s monthly art walk.
The partnership between elemental and the Bass Museum is one Gomez is eager to see expand. “The most exciting part,” he says, “is that the artists at the Bass are willing to make their pieces into functional and artistic objects.” These objects will be decorative, sustainable and imaginary, likely to inspire a connection with visitors in the same way some of the pieces in the permanent collection will. As Gomez proudly states, “Life is comprised of the little things; now you know where to find them.”

FORM MIAMI is owned by Atlanta-based Urban Expositions, a Clarion Events company, which produces Art Aspen, Art Palm Springs, and SOFA Chicago (Sculpture Objects Functional Art and Design). All art fairs are presented by galleries from around the world exhibiting modern and contemporary art in a variety of media including painting, photography, sculpture, and mixed-media. ABOUT SOFA CHICAGO Founded in 1994, SOFA … +