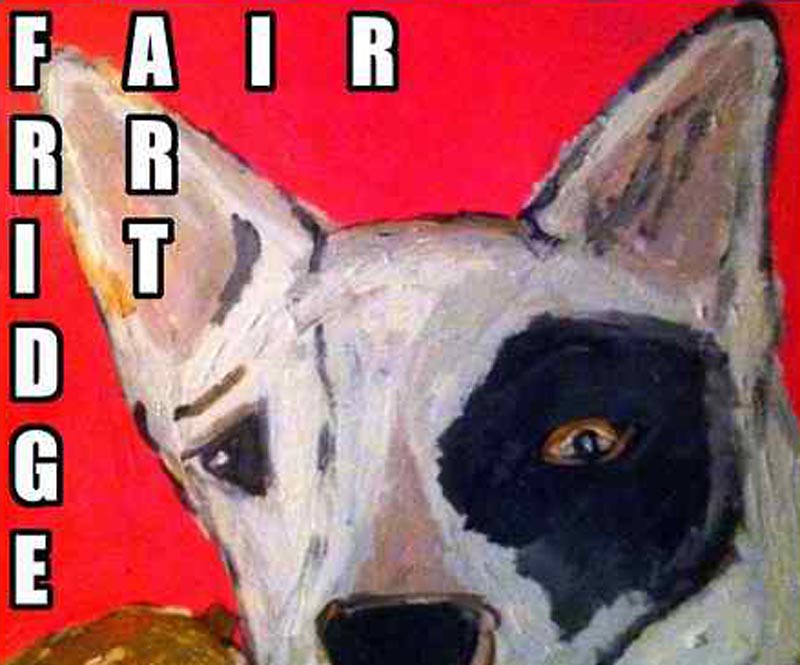 The Betsy Hotel Presents a curated Mini-Fridge, the Art Basel Festival formerly known as ERIC GINSBURG’S FRIDGE FAIR, and AKA “The little art fair that could” will go on for another year thanks to a fortunate turn of events. Fridge Art Fair, originally expected to take place this year in Little Havana, has found a new home in The Betsy Hotel, returning to Miami Beach for the second year in a row. As the story goes … the historic Little Havana hotel expected to host was under construction, placing the Fair in a desperate quandary. Construction projects can be challenging (indeed). (If time is short here’s the scoop: Art Prevails!)

Fridge founder and avid dog painter, Eric Ginsburg, was devastated and ready to give up on making Fridge Art Fair a part of Art Basel/Miami Beach 2016 when he received an offer of partnership from The Betsy Hotel. Though The Betsy too was under construction, Deborah Briggs, Vice President for Philanthropy and sister of the owner, was ready to rock and roll. The hotel, noted for contributions to the arts and interest in gestating community, was an ideal venue for Fridge, and proposed a bit of a smaller version this time around, renamed The Betsy’s Curated Mini-Fridge and taking place in its underground gallery. So it was, at the very last minute, that the green light was once again given to its founder Mr. Ginsburg to continue.

ADMISSION
Suggested charitable donation of $10 with proceeds donated to SPCA programs in Miami and Zimbabwe.