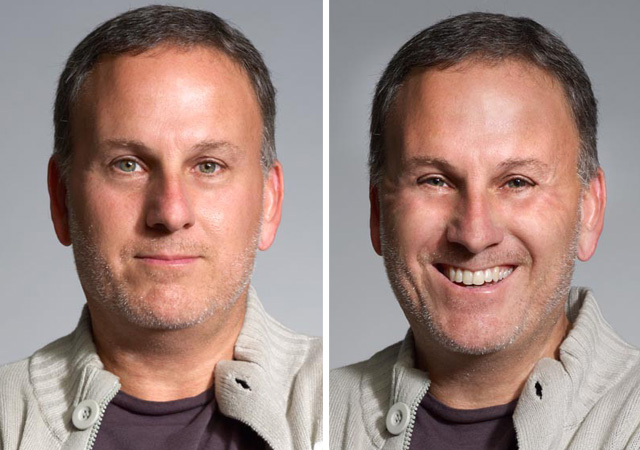 Looks, as always, are deceiving. A relatively simple warehouse space littered with Pulp Fiction film posters and postmodern street-level photographs acts as the hub for Lombardi Properties, the signature source of real estate in Wynwood. Amidst the countless family photos, community accolades and appreciation plaques, founder David Lombardi runs a sophisticated, high-volume business. Still, multi-million dollar deals and a formidable degree of visibility amongst his peers considered, Lombardi insists upon a family-owned operation. ‘My mother works too hard,’ he muses, referring to his own mother Doris who serves as secretary and overall cheerleader (what mother isn’t?) Lombardi’s two sons also work in his office.

Who is David Lombardi and why, until now, has a figure so instrumental in the development and cultivation of Wynwood remained relatively low-key about his role? ‘It’s all about timing, I think,’ he says. Twelve years ago, Lombardi and his business partner, Todd Glazer, were associates with DACRA realty buying and selling property in Miami Beach. When that market became overrun with condominium developers, a friend has suggested scouting through a run-down area close to Downtown, what was formerly the Fashion District. In 1990, it was the backdrop for a series of violent clashes between Puerto Rican youths and local police set off by perceived, continuous abuses of authority by city officials and law enforcement.

But Lombardi saw and felt something drastically different. ‘I started thinking about how quickly we got there from the beach…about the proximity of the neighborhood to Downtown and to the Design District. Location, location, location…I started to gauge an opinion that the scale of it all felt good.’ The sights of blocked windows and barbed wire fences didn’t deter him, and he began to investigate rentals and buildouts as competitive options to prices on South Beach or the Design District.  Essentially, Lombardi wanted to lift up a barren neighborhood using strict real-estate sense. One day, he noticed an article in the Miami NewTimes introducing an unknown dealer named Brook Dorsch and his gallery. Soon after, he discovered an obscure space called Locust Projects. From that point on, Lombardi became intensely fascinated and personally invested in the fledgling arts movement in Wynwood. ‘I wanted to combine expenses [of his young tenants still renting in South Beach] for them into one inspiring workspace. We dreamt up the idea in ’02 to buy some land and build from scratch, where the artists could take an ownership stake in the neighborhood and not get forced out because prices were starting to rise.’

At the same time, Lombardi had the idea of throwing spontaneous art ‘happenings’ in his buildings known as Roving Fridays.  These would often attract crowds exceeding 300 patrons, curious to see what drew these artists to this edgy, unusual place (he cites early champions of the neighborhood being Objects Art Space, Bernice Steinbaum and Rocket Projects). Banks had continuously rejected Lombardi’s requests for financing spaces for his tenants (claiming the area and ‘poor’ demographic was unsuitable and unsustainable) all the way up until 2004. He was keenly aware that the cards were stacked against him. ‘Tony Goldman, may he rest in peace, used to tell me ‘Son…this isn’t for the faint of heart.” Lombardi, on the subject of the Goldmans, notes Joey’s as a watershed moment for the district. ‘All of a sudden, we had a meeting place as a community.’ In 2008, Lombardi and Goldman helped found the Wynwood Arts District Association. The rest is common knowledge. Between ten blocks from south to north, over a rapid course of less than four years, Wynwood’s restaurants, cafès, galleries, artist studios and boutiques draw thousands of tourists and locals alike. Lombardi maintains that the efforts of Tony Goldman and his family, street-level mural projects such as those launched by Primary Flight and the dedicated tenants who have stayed even throughout the recession are the real anchors for Miami as an arts-enriched environment.

So who is David Lombardi? No great mystery: just another torchbearer committed to growth and possibility for the arts and its encircling communities, for better or worse. If nothing else, he bleeds Miami through and through. Little more one can ask for than that.

Daniel Chimowitz is an internationally renowned artist and fashion designer. He creates walking canvases of painted images on hand-sewn as well as up-cycled clothing, essentially combining fine art with the excitement of the fashion industry. Chimowitz has shown his designs in Paris, London, Beijing, New York, Los Angeles, Las Vegas, San Francisco and Miami and worked with famed designer Patricia Field. In … +

Bringing attention to the historical interdependence between art and fashion and its influences, the Miami Fashion Film Festival adds to the “fashion is art” narrative with local and international films that highlight fashion design through storytelling, graphics, sound, and motion, in real and digitally imagined environments. The MFFF will bring Screenings, Workshops, Panels also parties! 2018 Filmmakers are:  Laia Gil, Adriana Naranjo, … +

Onyejuruwa is the founder of Ankara Miami, an events company that focuses on fashion from Africa and the African diaspora. While Ankara organizes networking opportunities and pop-up shops year-round, its largest event since its inception in 2012 has been African Fashion Week, a four-day showcase that includes two runway shows and a fashion market. By featuring both emerging and established designers from … +

The DESTEFASHIONCOLLECTION is an incremental project conceived by the DESTE Foundation for Contemporary Art to consider and trouble the boundaries between art and fashion. Each year from 2007 through 2014, DESTE commissione­d an artist to survey that season’s international fashion offerings and to select five related items with which to execute a capsule project, reflecting on the formal, representational, material and social … +