This story originally appeared in the artnet Intelligence report, a new art market report created by artnet News and the artnet Price Database.

How does an artist build a steady and long-lasting career after an early bout of intense auction success? Two talents of different artistic generations—35-year-old Njideka Akunyili Crosby and 49-year-old Cecily Brown—offer complementary case studies. Over the past few years, Crosby has ascended to bona fide art-market stardom at a rapid pace. Similarly, Brown found fame as a young painter—and is now proving that it is possible not only to survive, but also to thrive in midcareer.

Njideka Akunyili Crosby: The Rising Star
Bursting Onto the Scene

Rewind to Art Basel Miami Beach in December 2014. The London-based gallery Victoria Miro debuted large and striking works by a young painter it had recently signed. There was instant demand: five institutions vied for a 1960s-style interior that ultimately sold to Cape Town’s Zeitz Museum of Contemporary Art Africa for nearly $50,000. “We’ve never had such an immediate response to a new artist,” the gallery’s director, Glenn Scott-Wright, said at the time. Just 10 years earlier, the Nigerian-born, Los Angeles-based artist had wanted to pursue a career in medicine; she turned to art only after she failed to get into her first-choice medical school. 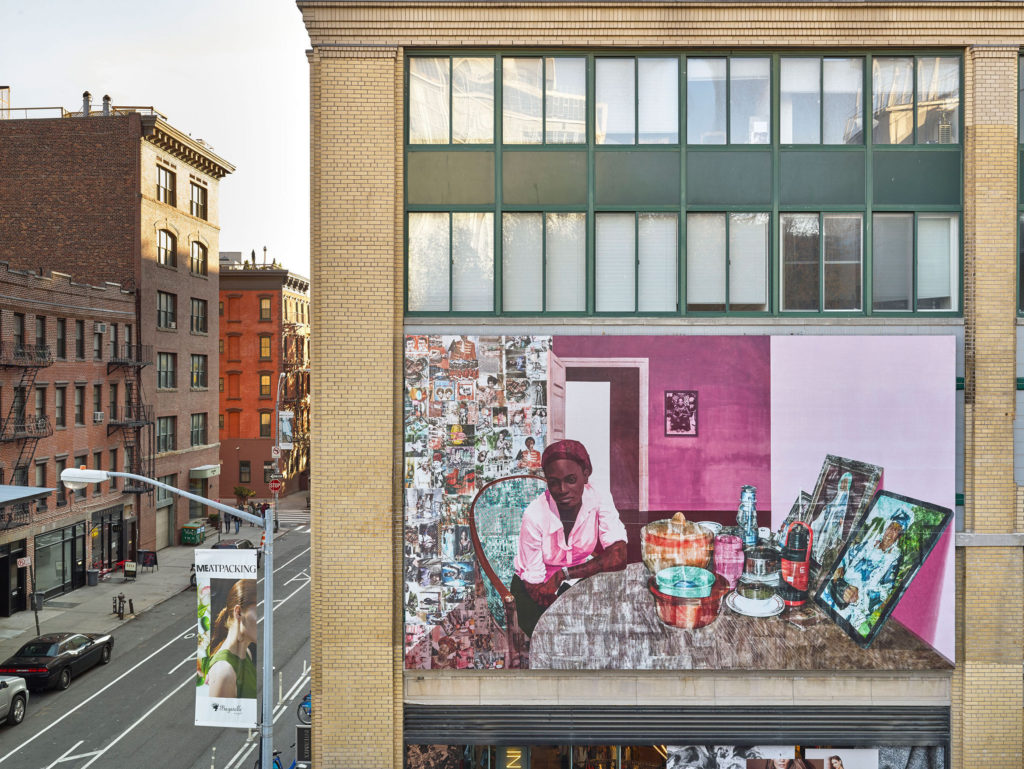 Crosby, who first gained the attention of tastemakers during a residency at the Studio Museum in Harlem in 2012, produces sumptuous, layered, and often large-scale work—almost always on paper, her preferred medium—that is unabashedly autobiographical. She frequently combines references to Nigeria, where she was born, with references to America, where she lives. Her aesthetic is immediately recognizable, distinguished by her innovative transfer-and-collage technique and her confident use of color. During her debut at Art Basel Miami Beach, in 2014, her content-rich and intricate paintings felt (as they have continued to feel since) like a refreshing riposte to the anodyne, forgettable abstraction known as Zombie Formalism that was then in vogue. 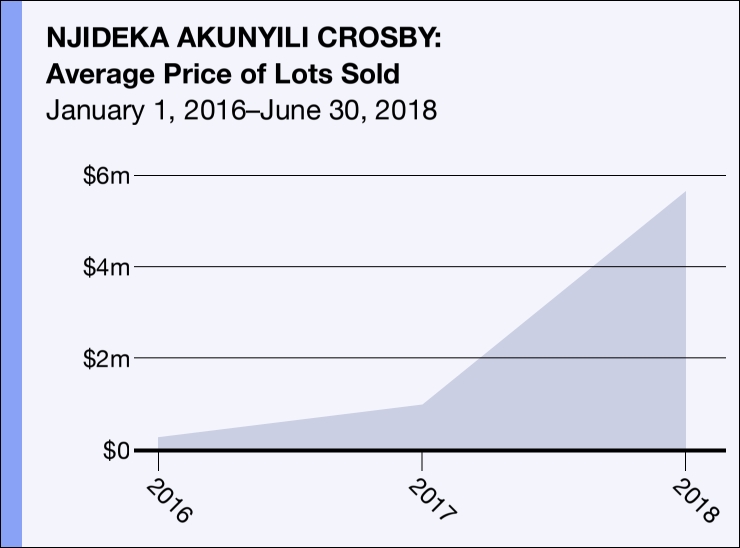 Crosby’s work came to broader public attention in 2015, when the Whitney Museum of American Art commissioned Before Now After (Mama, Mummy and Mamma), a portrait of women from three generations in her family, for a billboard visible from New York’s High Line, one of the world’s busiest parks. (The following March, the museum bought her 2016 diptych Portals at the Armory Show for its collection.)

By 2016, demand for Crosby’s work was clearly outstripping supply. She produces only a few works each year, and there was simply not enough to go around. Collectors’ frustration at their inability to acquire Crosby’s work on the primary market translated into an auction frenzy a few months later. Sotheby’s tested the water by placing an untitled work on paper from 2011 in its Contemporary Curated sale that September. The piece flew past its estimate of $18,000 to $25,000 to sell for $93,750. 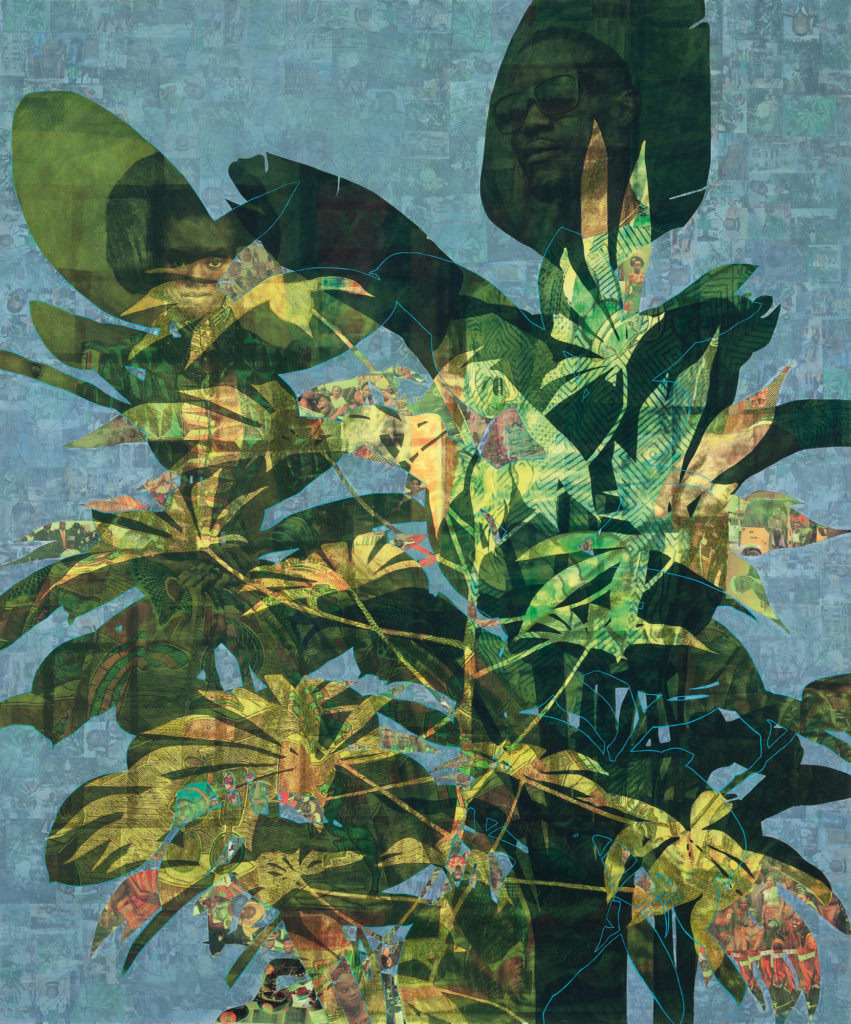 In November 2016, confident of demand, Sotheby’s placed Drown (2012), a tender rendering of Crosby and her husband reclining in embrace, as the first lot in its evening sale. Estimated at between $200,000 and $300,000, the work was chased by six bidders to a record $1.1 million. Since that sale, Crosby’s auction record has been broken several times. Drown is now only the sixth-most expensive work sold by the artist, who earned a MacArthur “Genius Grant” in 2017. Her current record is $3.4 million, set by Bush Babies (2017) this May at Sotheby’s. Interestingly, that lush collage of foliage is both smaller and less figurative than one might expect from Crosby, suggesting just how deep the desire to own her work really is. 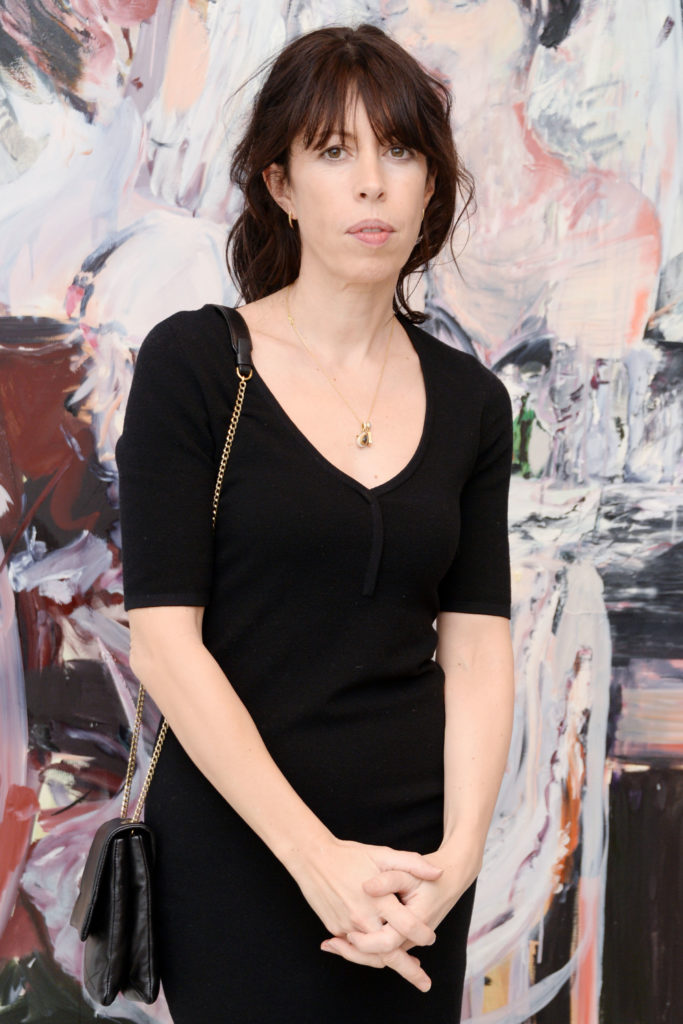 For young artists like Crosby, the next challenge is to build a market that is not only strong but sustainable over the next 50 years. These artists could do worse than observe the trajectory of Cecily Brown, a textbook example of an artist who hit the headlines early on but has managed to build a lasting career. Now, with fresh work and a reinvigorated collector base, Brown is operating at the height of her powers.

Brown left London at the peak of the Young British Artist (YBA) boom, in 1994, after winning a plane ticket to New York as a second-place prize in a UK art contest. A nonironic painter, she felt immediately at home in America, where art was taken more seriously and the environment was more earnest. 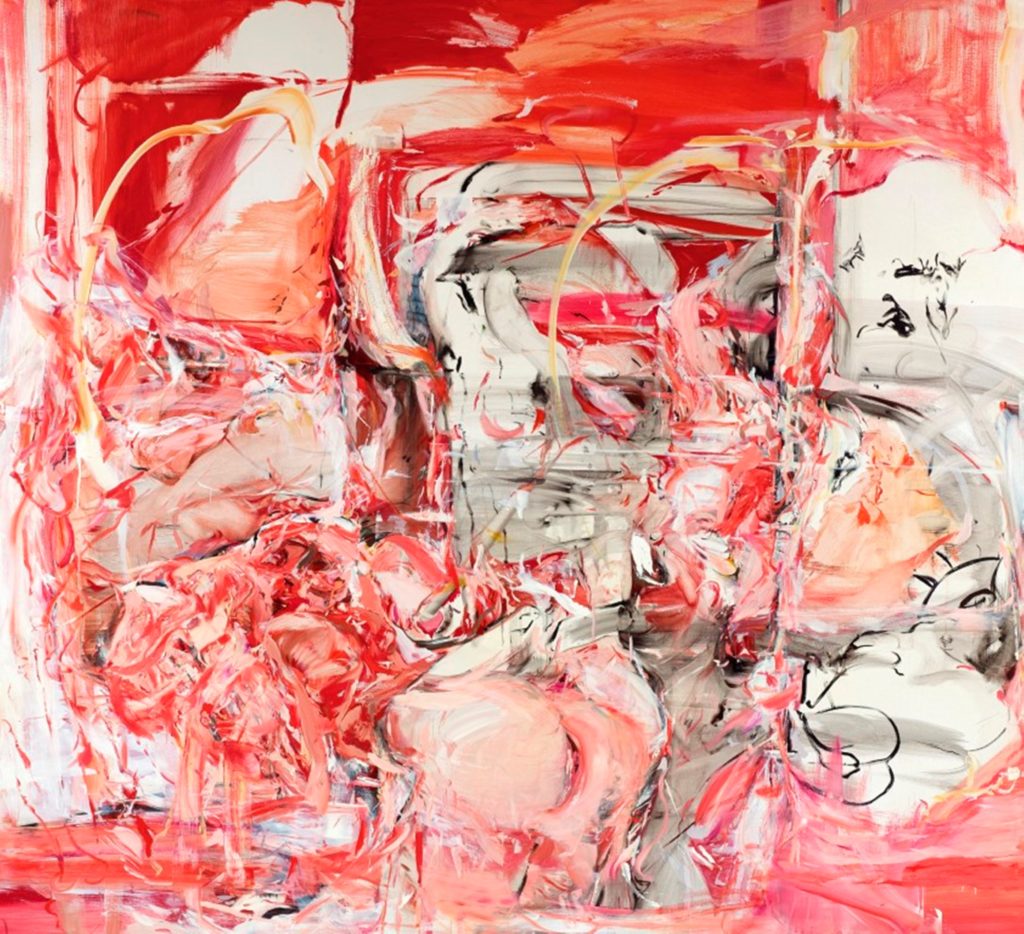 Cecily Brown, The Girl Who Had Everything (1998). Courtesy of Sotheby’s.

Brown was a sensation in the New York of the early 2000s, appearing on prominent television shows and signing with mega gallery Gagosian. Sums realized by her paintings—romantic, large, and sexy works that vibrate between abstraction and figuration—climbed into the six figures. “I can be proud that I am one of the few women commanding high prices,” she told the Financial Times.

Intent on finding new contexts for her work, Brown left Gagosian, cordially by all accounts, in 2015. She has since shown with a variety of smaller galleries: Michele Maccarone in New York, Thomas Dane Gallery in London, and Paula Cooper in New York. The latter, in particular, has worked to reinforce her reputation, showing the breadth of her talent and aspirations. 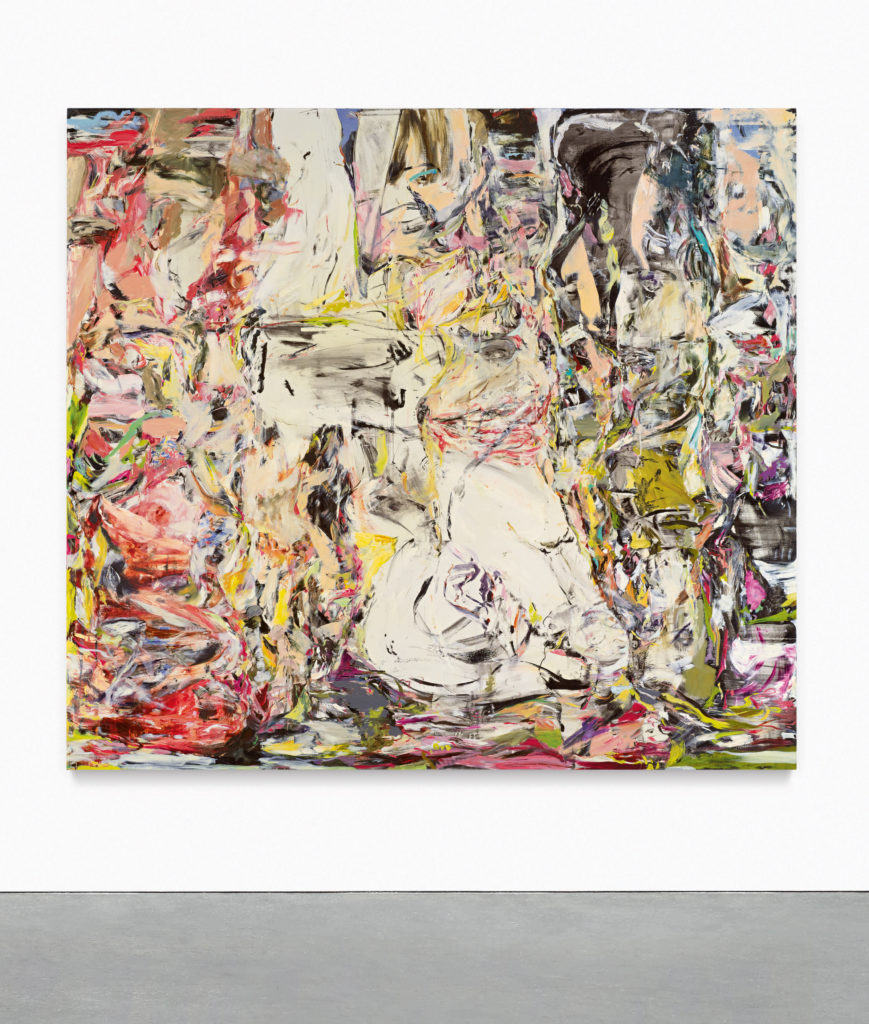 The market has noticed: demand for Brown’s paintings has shot up in the past year. Five of her top 10 auction results were achieved in 2018, including the record $6.8 million sale of Suddenly Last Summer (1999) at Sotheby’s in New York, where six bidders pushed the work well over its high estimate of $2.5 million. The following month, at Sotheby’s in London, The Skin of Our Teeth (1999) became her second-most expensive work sold publicly: it fetched £3 million ($3.98 million), more than double its £950,000 ($1.2 million) high estimate.

With a total of $19.7 million in sales, Brown came in 10th on our list of top-selling contemporary artists at auction for the first half of 2018. But perhaps more importantly, the range of strong results across price points and dates suggests a real depth of interest. Lots in the New York day sales this May brought above presale expectations, including Girl Trouble (1999), which fetched $1.8 million (est. $700,000 to $1 million) at Christie’s, and Madrepora (Alluvial) (2017), which earned $131,250 (est. $60,000 to $80,000) at Sotheby’s. Brown once confided that it took until her mid-30s to feel like she had mastered her medium and was able to manipulate paint in the way that she wanted. Now firmly mid-career, she is more confident—and the pleasure she feels in painting is showing.

This story originally appeared in the artnet Intelligence report, a new kind of art market report created by artnet News and the artnet Price Database. The full report has even more juicy details on the most bankable artists, the biggest myths in the Chinese art market, and a detailed breakdown of the market’s performance in 2018.

Want to stay ahead of the art world? Subscribe to our newsletter to get the breaking news, eye-opening interviews, and incisive critical takes that drive the conversation forward.

Director of Education, Art and Culture Center/Hollywood DEADLINE :   Oct 01, 2019 Responsible For: This position assumes a leadership role in the development and implementation of the Center’s educational outreach and fee-based programs and oversees … +

Further expanding its engagement beyond the core art world, Art Basel is delighted to announce Art Basel Inside, a multi-faceted cultural experience offering thought leaders from diverse fields and industries the opportunity to share visions … +

Area Stage Company is looking to add highly qualifed, enthusiastic Acting coaches for private and group in-studio instruction. Candidates must possess the ability to motivate and inspire children while having the capacity to connect with … +

Area Stage Company is looking to add highly qualified, enthusiastic voice coaches for private and group in-studio instruction.  Candidates must possess the ability to motivate and inspire children while having the capacity to connect with adult … +