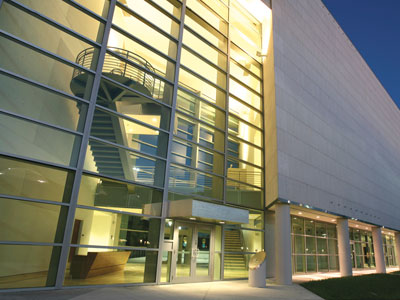 The Florida Association of the American Institute of Architects announced HOK has been selected to receive the 2010 AIA Florida Honor Award of Excellence for New Work for its work on The Patricia & Phillip Frost Art Museum project. The Design Awards are given each year to AIA Florida/Caribbean members to encourage excellence in architecture, to elevate public consciousness of good design, and to recognize those owners, designers, and contractors whose work enriches the built environment.

The 46,000-square-foot building, located on Florida International University’s Modesto A. Maidique Campus, was designed by Yann Weymouth, Design Director of HOK. The state-of-the-art Frost Art Museum includes nine galleries and 10,000 square feet of breath-taking gallery spaces. The museum, formerly inhabiting a space of close to 3,000 square feet, began the design process of the new building in 2001. Two years later, Skanska USA, the construction firm, broke ground as the museum was officially renamed The Patricia & Phillip Frost Art Museum. The building was completed in 2007 and opened to the public in 2008. Some 6,580 pieces of stone and 42,390 square feet of granite from China were used to construct the building. Its design features and details make The Frost Art Museum a unique venue for experiencing the visual arts in Florida.