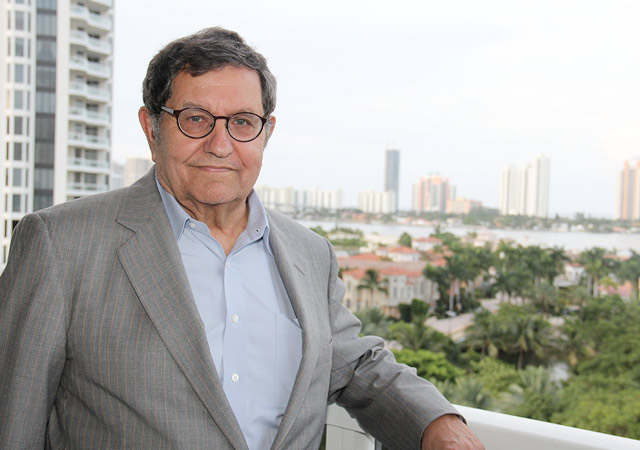 One of the world’s leading art collectors and foremost figures in Miami’s art world, Margulies will share his experiences as a collector at the NSU Museum of Art Fort Lauderdale. Martin Z. Margulies is consistently named to lists such as the ARTnews 200 The World’s Top Collectors, and the top 25 photography collectors in the world. The Margulies Collection, located in a 45,000-square foot converted warehouse in Miami’s Wynwood arts district, is considered by curators, critics, artists and dealers to be one of the most important collections of its kind. Focusing on seminal works by leading artists, the collection includes European Modernism, Abstract Expressionism, Pop, Minimalism, Conceptual, Arte Povera, Video, Vintage and Contemporary Photography, and Installation Art.

Mr. Margulies is deeply involved in the nation’s visual arts community. He is a Grand Founder of the Lowe Art Museum of the University of Miami. He has served on the Collector’s Committee of the National Gallery of Art, Washington, D.C. He served on the Board of the International Sculpture Center in Washington, D.C. and received a Doctorate of Fine Arts, Honoris Causa from Florida International University, Miami. Mr. Margulies also served as a board member of the Smithsonian American Art Museum Commission and on the Board of Trustees of the Isamu Noguchi Foundation and Garden Museum.  He was named by the New Museum of Contemporary Art in New York City as a distinguished leader of the global art community, citing his role as a collector, philanthropist and enthusiast whose long standing commitment to contemporary arts and artist’s best reflects the New Museum’s belief that contemporary culture is a vital part of life.  In April 2013, he received the American Art Award from the Whitney Museum of American Art.

Admission to this special event is free with paid admission. Seating is limited. Reservations are strongly advised and may be made by calling 954.262.0241.