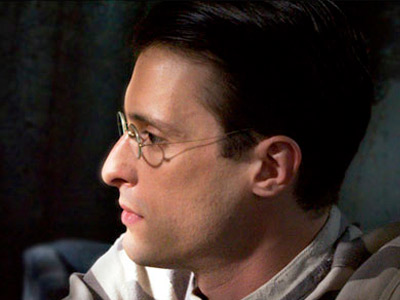 To complement the exhibit Seeking Justice: The Leo Frank Case Revisited, the Anti-Defamation League (ADL) and Jewish Museum of Florida (JMOF) are cosponsoring a public seminar at the Museum, Sunday, January 23 at 2:00 pm, featuring the Miami premiere of the new feature-length documentary film, “The People v. Leo Frank.” There will be a discussion led by Atlanta attorney, Dale Schwartz, the lead counsel in the successful effort to obtain a posthumous pardon for Leo Frank in 1986.

THE CASE. Two unsolved murders that shook the nation in 1913. The murder of 13-year-old Mary Phagan and later lynching of Leo Frank, her supervisor at the National Pencil Company, galvanized public opinion. The tragic death of Mary Phagan, a white Christian girl, followed by the trial and conviction of Leo Frank, her Jewish supervisor, became topics of intense accusation and defense across the nation. Local vigilantes lynched Frank after Georgia’s governor commuted his death sentence.

ABOUT THE FILM. “The People v. Leo Frank” sheds important light on the murder trial of Leo Frank and its aftermath. The case remains one of the most vexing episodes in American judicial history. Directed by the Emmy award-winning filmmaker Ben Loeterman and shot on location in Atlanta, the film depicts dramatic sequences created verbatim from transcripts, documents, and letters. A strong cast is led by Will Janowitz (The Sopranos) and Seth Gilliam (The Wire). Set against the backdrop of an American South struggling to shed its legacy of bigotry and xenophobia, the story is both a first-rate murder mystery and a thought-provoking look at racial, religious, regional and class prejudices in the early years of the 20th century.

ABOUT THE SPEAKER. A member of the bar of the United States Supreme Court and the Supreme Court of Georgia, Dale Schwartz attended Vanderbilt University, The George Washington University, and the University of Georgia, and earned his law degree at the University of Georgia, where he was an editor of the Georgia Law Review. He is a founding attorney of TROUTMAN SANDERS in Atlanta, at which he served as a partner for over 25 years, and is currently a principal of Dale M. Schwartz & Associates, LLP. He also is an Adjunct Professor of Immigration Law at Emory University School of Law, as well as a former co-chairman of the Immigration Law Committee of the Section of Litigation of the American Bar Association.

Mr. Schwartz is a past president of the American Immigration Lawyers Association (1986-87) and serves on a number of national boards of organizations concerned with immigration and refugee matters. He has testified as an expert witness before committees of the U.S. House of Representatives and the U.S. Senate on immigration legislation and is involved in the representation of companies, universities, and employees to obtain immigration benefits for persons seeking to come to, or remain in, the U.S. Schwartz was appointed to serve as lead counsel in the class action in 1980 for the Mariel Cubans who came to America and were detained in federal prisons. As the result of this litigation and the huge amount of publicity the case engendered, 1000s of non-criminal and non-violent Cubans were released from jails.

Dale Schwartz was president of Jewish Family Services in Atlanta for five years and chairman of the Southeastern Region of the Anti-Defamation League, on whose national board he serves on the Executive Committee.