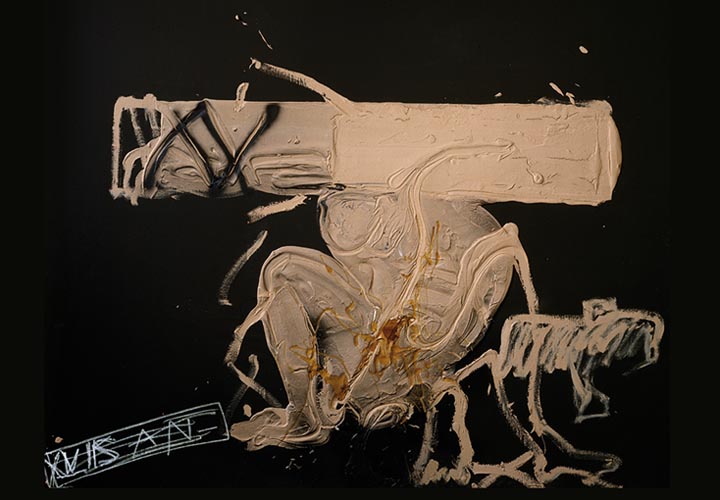 A major historical survey that features a selection of more than 50 large-scale paintings and sculptures, representing diverse moments from throughout Antoni Tàpies’ career. These include early examples from 1945 through to recent works created in 2011—the year prior to his death. The exhibition explores the Spanish artist’s use of unusual materials and forms and the development of his unique visual language, which earned him an international reputation as one of the most successful abstract painters of his generation.

This retrospective exposes his groundbreaking practice, which fused impoverished materials with symbols of Eastern and Western culture to create dense works covered with graffiti-like gestures. Tàpies’ use of unusual materials and forms evolved into his own unique visual language, earning him an international reputation as one of the most successful abstract painters of his generation. ​Vicente Todolí’s selection of works for this exhibition emphasizes the artist’s unique material investigations of surface, mark-making and found objects, offering an intimate and unusual view of the artists’ oeuvre.​ ​

Vicente Todolí (born in Valencia in 1958) is a curator of contemporary art. In 1986 he was nominated chief curator of IVAM in Valencia, a position he held until 1988, when he became artistic director (1988–96) of the same institution. In 1996, he joined Museu Serralves in Porto as its founding director, and seven years later, in 2003, he was appointed director of Tate Modern London, a position he held until 2010. He is presently the Artistic Advisor for HangarBicocca in Milan, Italy.

In conjunction with the opening of Tàpies: From Within, Vincente Todolí, former Tate Director and guest curator of the exhibition, will discuss this major historical survey that features a selection of more than 50 large-scale paintings and sculptures, representing diverse moments from Antoni Tàpies’ career.