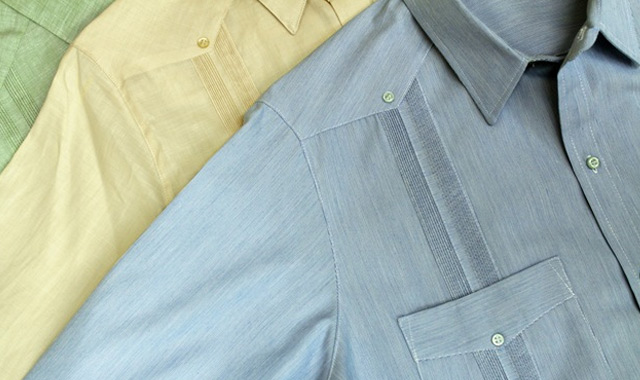 The Guayabera: A Shirt’s Story explores the changing uses and significance of the guayabera, a traditional piece of menswear worn by Latin American and Caribbean populations. Recognized for its functionality and style, the garment’s best-known characteristics are its four pockets and two vertical stripes of decorative pleating and/or embroidery. The precise origin of the guayabera is uncertain, though it is believed to have emerged in Cuba in the late 19th century. Also referred to as a Mexican wedding shirt, the garment is popular in Mexico and the American states to its north.

The exhibition traces the guayabera’s evolution from a guajiro (peasant) shirt in the late 1800s into a fashionable piece of contemporary menswear. On display will be historical examples and photographs of the shirt that highlight its changing uses and significance over time, its construction and the tailors, fashion designers and tradition bearers who have played an important role in its stylistic development.
La Guayabera: Historia de una Camisa