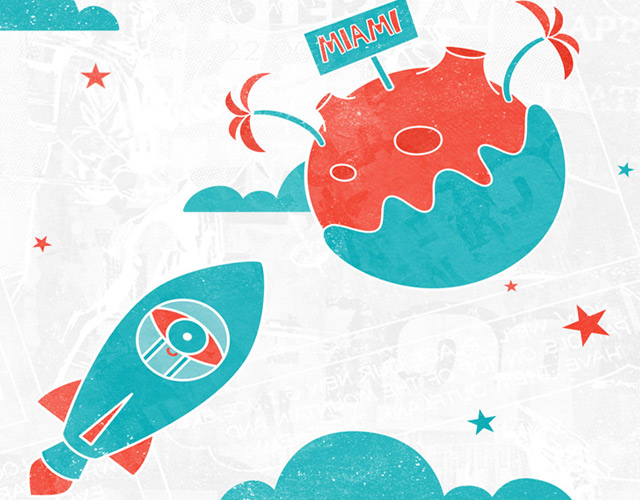 One Eyed Robot, a South East-based Award Winning animation and design studio is excited to announce it will be setting up shop in the Miami area this June 2013.

Opening a South Florida office is part of One Eyed Robot’s bigger plan to offer their animation and design services to the many networks and local ad agencies in the area as well as take advantage of the local talent and lifestyle South Florida has to offer.

In this new era of an ever-changing face of the VFX and animation industry, One Eyed Robot believes a more decentralized approach and operating in a more sustainable way are the keys to a flourishing industry. Setting up an office in the Miami area is a first step towards reaching that goal.

Furthermore, One Eyed Robot looks forward contributing to the local animation and design industry’s growth as a whole with an indie animated feature film in development and its plans to produce it locally.

One Eyed Robot is an animation and design studio founded by Award Winning animation director and designer Yoram Benz. After working in the animation and entertainment industry for a combined 12 years as a Senior Motion Designer, Director of Design and Creative Director in Los Angeles, New York City and Atlanta, Yoram decided to found One Eyed Robot to bring his vision of a sustainably operated animation studio to life! With collaborators spanning the globe, One Eyed Robot’s talents are worldwide.

One Eyed Robot specializes in producing animated features and short films, television and web episodes, commercials and everything in between for the purposes of entertainment, information, and education.  Past and present clients include Fuse, IFC, Cartoon Network, The Sundance Channel, VH1, MTV and Universal to name a few.