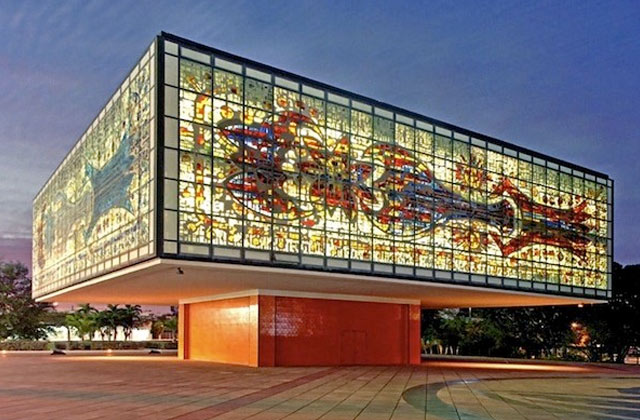 Following up on a year of success, The Coral Gables Museum chose Building Bacardi: Architecture, Art & Identity as the featured exhibition to celebrate the museum’s first anniversary and the 150th anniversary of Bacardi – the family, Company and iconic brand.

Building Bacardi explores the legacy of Bacardi architecture as a manifestation of the Company’s brand-building efforts. The material of the exhibition narrates a story, and suggests the distinct role of Bacardi as a protagonist in the history of modern architecture. The exhibition is organized to track three principal milestones in the development of the Bacardi identity. Building Bacardi marks the first time the story of the family-owned Company’s development is explored through the architecture and art it commissioned and championed.