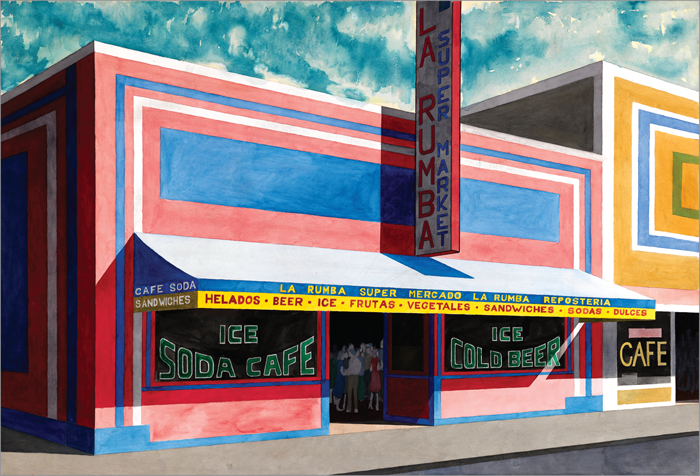 Artist Emilio Sanchez (1921-1999) left his native Cuba in 1932 to study in America, inspired by mid-century New York realists he was drawn to landscapes, both urban and rural, as well as genre scenes. Throughout the 1940s and 1950s, Sanchez established himself as one of the premier painters of daily life in the Caribbean. After 1959 Sanchez shifted his focus to other islands in the Caribbean as well as countries in Latin America and even Morocco.

This exhibition brings together stellar examples of this under-appreciated artist’s remarkable oeuvre, which have never before been shown together. Collectively they represent nearly six decades of the artist’s professional career and shed new light on this prolific Cuban-American artist, whose work was last highlighted in a monographic show in Miami more than a decade ago.