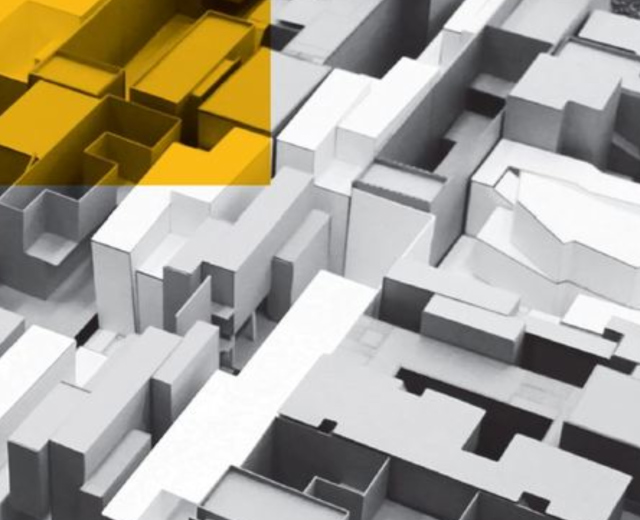 BFI invites you to the opening night of URBAN_VARIANTS, an exhibit of new designs for Miami urban buildings. The works will include new prototype sketches, drawings, renderings, and models, as well as studies of existing prototypes in Miami and Savannah. The exhibit is the result of a studio course at FIU Architecture led by professor Jason Chandler in collaboration with Townhouse Center, a not-for profit that promotes urban neighborhood development, and sponsored by the Knight Foundation.

This past semester, students visited and documented existing small buildings in downtown Miami and Savannah, Georgia. During the visits, students experienced how small-scale infill buildings create resilient urban environments. The Savannah visit took students far out of the studio, to places and buildings most had never seen before. Then each student designed a new, small, adaptable prototype for Miami, resulting in over 100 designs, which have been curated for the BFI exhibit.

The course, exhibit, and bus tour are all part of a larger collaboration to raise awareness of the fact that Miami has built to the sky and horizon – towers and subdivisions – but lacks neighborhoods of a middle scale. In other cities such urban neighborhoods are often the most vibrant, like Boston’s North End or New York’s West Village. To help Miami start developing these neighborhoods, FIU Architecture offered a studio course about the urban neighborhood fundamental building block: small, adaptable buildings.

The exhibit will run until November 24th, and be complemented by BFI’s periodical WEIRD MIAMI bus tour, which on November 10th will visit exemplary (but often overlooked) Miami urban neighborhoods, led by Chandler and Townhouse Center executive director Andrew Frey.